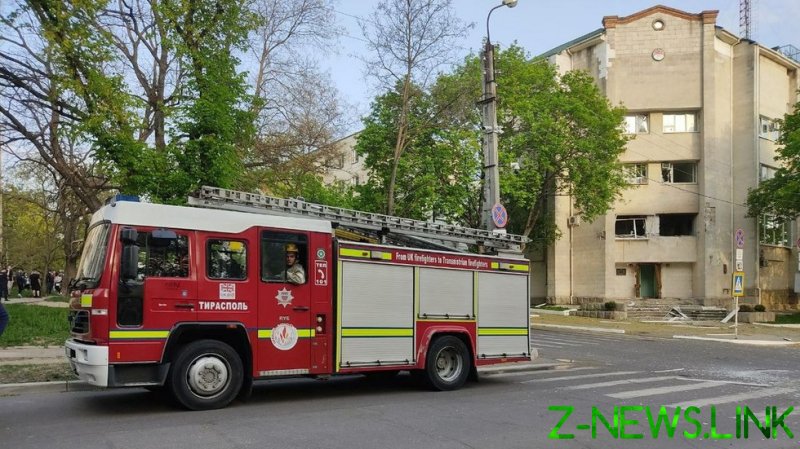 The Ministry of State Security building in Transnistria’s capital city of Tiraspol was rocked by multiple explosions on Monday. Transnistria, officially known as the Pridnestrovian Moldavian Republic (PMR), is a self-proclaimed state located along a narrow strip of land between the Dniester River and Ukrainian border in the eastern part of Moldova.

Images show at least two spent shoulder-fired rocket launchers can be seen lying in the middle of a street near the building.

The attack on the government building elicited a massive response from local emergency services, with multiple law enforcement vehicles and ambulances seen at the scene. However, the incident caused only damage to property, the local interior ministry said in a statement.

“According to preliminary data, the shots were fired from RPGs. There are no casualties,” the ministry said, adding that the area around the building has been cordoned off.