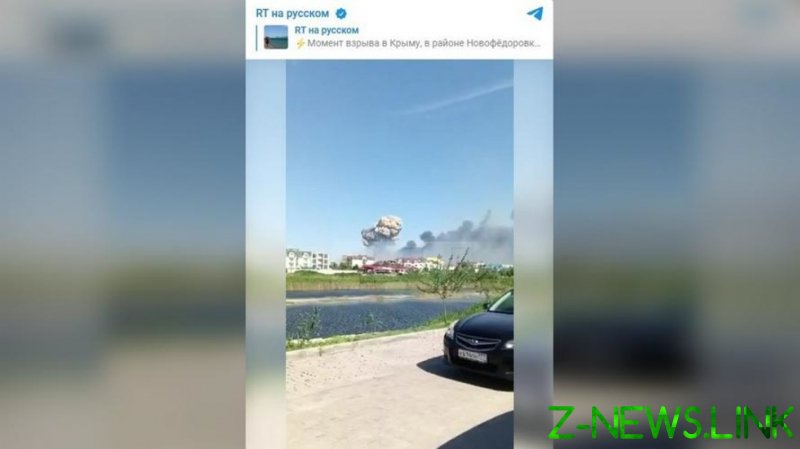 Residents of the Crimean town of Novofedorovka have shared images of explosions at a nearby Russian Navy airfield.

The images posted on social media show clouds of smoke rising behind houses and what is believed to be the sound of multiple explosions can be heard in the video footage.

The Head of the Republic of Crimea, Sergey Aksenov acknowledged an incident had taken place in Novofedorovka and said he was going there to investigate the situation.

Hospitals in the Saki region, where the town is located, and the nearby resort city of Evpatoria have sent ambulances to Novofedorovka, RIA Novisti reported.

The Russian military did not immediately comment on the incident.

Novofedorovka is located on the coast of Crimea about 40km northwest from the region’s capital, Simferopol. The Saki airfield is on the outskirts of the settlement and some personnel from the military facility live in the town.

During Soviet times the airfield was a training center for pilots of aircraft carrier jets. The Russian navy has been using it to train pilots for various aircraft since Crimea joined Russia in 2014.