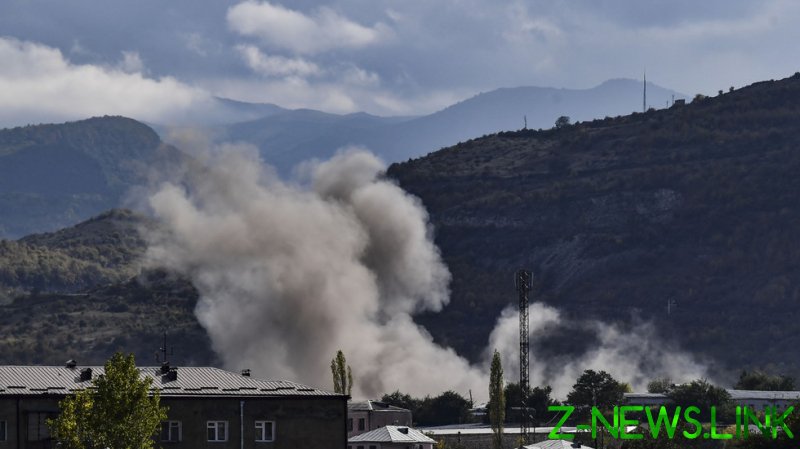 Azerbaijan, for its part, accused Armenia of striking the town of Terter with artillery fire.

RT correspondent Igor Zhdanov said alert sirens were heard in Stepankert, the capital of the breakaway Nagorno-Karabakh region, late on Saturday. Several explosions – both in the air and on the ground – were observed in the city, he added.

The short-lived ceasefire, reached on Friday during a meeting of the rivaling parties in Moscow, came into effect on Saturday afternoon.

The negotiations, mediated by Russia’s Foreign Minister Sergey Lavrov, lasted around 10 hours. The two sides agreed to pause the fighting for “humanitarian” reasons and to exchange prisoners, as well as the bodies of the fallen soldiers. The exchanges were expected to be observed by the Red Cross.

The fighting erupted in Nagorno-Karabakh late in September, with the Armenia-backed self-proclaimed republic and Azerbaijan laying the blame for the escalation on one another. Azerbaijan has received broad support from Turkey, with Ankara even mulling a direct intervention into the war.

The Nagorno-Karabakh region, predominantly populated by ethnic Armenians, broke away from Azerbaijan back in the 1990s following a bloody war.