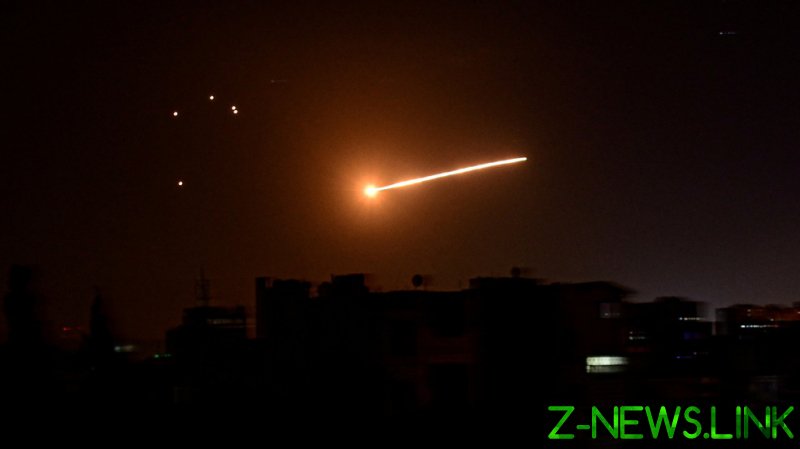 The attack began shortly before midnight local time on Tuesday, according to the agency.

A “very loud” explosion shook Damascus, local residents reportedly posted on Facebook. There have been unconfirmed reports of material damage from the strikes, but no casualties so far.

Israel has frequently launched missiles against what Tel Aviv has described as “Iranian” targets within Syria. The Israel Defense Forces (IDF) usually do not acknowledge or comment on the operations. Damascus has condemned the attacks as a violation of its sovereignty, but Western governments have ignored them.

The most recent strike was in early May, in the Latakia province – just before Israel became involved in a shooting war with Hamas and Islamic Jihad in Gaza. The conflict lasted 11 days before an Egyptian-mediated ceasefire went into effect.

Tuesday evening’s attack comes in the final stretch of Benjamin Netanyahu’s tenure as Israeli prime minister. After 12 years in power, he is scheduled to be replaced by a new government led by former aide Naftali Bennett and opposition politician Yair Lapid, with support of an Arab religious party.