Home / business / Explosions of ammunition in Kalynivka: all the details

Explosions of ammunition in Kalynivka: all the details 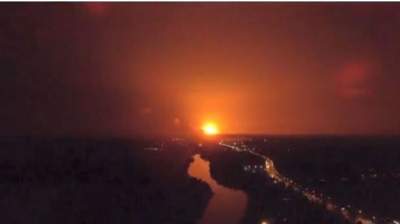 All the most important information.

Near Vinnitsa explodes and burns, one of the largest military arsenals of Ukraine. Here are all the most important facts about the explosions in the morning.

Explosions of ammunition go on 48-m the Arsenal of the defense Ministry, which is in the vicinity of the Vinnytsia regional center of Kalinovka. All of this happens in 25 kilometers to the winery. From the regional center visible flash, glow and the explosions.

“Vinnytsia is located outside the zone of destruction,” he reassured the citizens, Prime Minister Vladimir Groisman in Facebook. And according to the Vinnitsa city Council, the maximum blast radius of 5 kilometers. 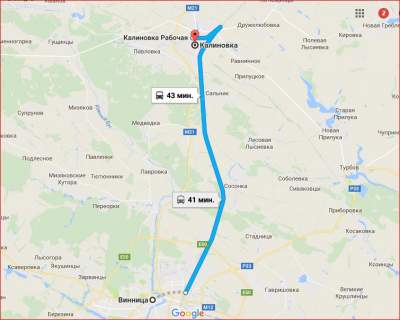 In social networks said that the explosions could be heard even in Kiev from the side of Toompea. However, the local administration said that the sounds from the teachings, not related to the fires near Vinnitsa. 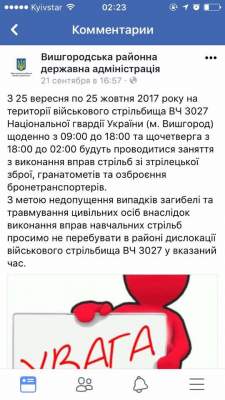 In the area of the fire closed roads, stopped trains in a radius of 50 kilometers closed the sky for aviation. Highway Kyiv – Vinnitsa is also blocked.

In the warehouses of the Ministry of defense in Kalinovka, 188 thousand tons of munitions on an area of about thousand acres. Thus, according to the assurances of the General staff, is burning about a tenth of this territory, and half on fire storage of ammunition available.

According to the military, burn and explode mainly tank ammunition. However, it is known that in the Arsenal there are, among other things, rocket systems of volley fire “Smerch”, “Uragan” and “Grad”. But the presence of chemical weapons in the defense Ministry deny.

Ministry of defence experts say that at the moment explodes 5-6 rounds of ammunition per second.

3. What happens to the population

Residents of the district center is the village and nearby villages Gland, Pavlivka and Mizyaky evacuated – according to some, all taken within a radius of 40 kilometers from the epicenter. There are about ten evacuation centres.

The people filling the shelters. The journalist of the “Country” reports that people in one of the shelters asking for help and evacuation away from the warehouses. From frequent explosions, many can not stand the eardrum.

Evacuees are offered in the winery to stay in the schools.

As at two o’clock the General staff said about the absence of wounded and dead. After mass media reported about two victims – in particular, women with a hip fracture and traumatic brain injury.

4. A strange chain of explosions

Kalinowski military Arsenal is second largest in Ukraine after the Balakleya (Kharkiv region).

By a strange coincidence, in March 2017 in Balakleya also rushed warehouses and raging deadly fire. And burned another Arsenal under Mariupol.

5. The first version from the authorities

The Prime Minister and the former mayor of Vinnitsa Vladimir Groisman said that testing a different version of the causes of the fire, but he was probably talking about “external factors.” This is stated on the government website.

“However, it will be commented by the competent authorities. Now the main thing – to take care the safety of people and to quickly overcome the consequences of the event,” he said.

According to the head of the Cabinet, now mobilized all of the services, the situation is under control, measures are taken to extinguish the fire, mobilized the equipment and personnel.

6. The basic version of social networks

In social networks immediately began to associate the fires in Kalynivka with the recent investigations of the Western structures on the participation of Ukraine in the illegal supply of arms to Africa and the middle East. 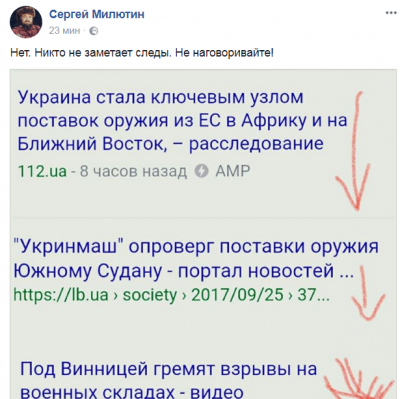 Other users also see this as arson, but the hand of the enemy do not believe me – far too often such incidents. 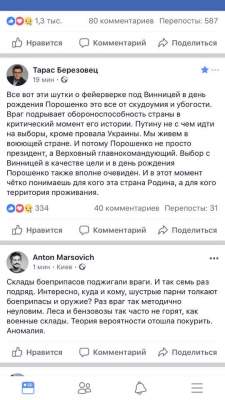 Version recently broken through to Ukraine Mikhail Saakashvili, warehouse explosion is “a gift to Putin on birthday Poroshenko”. 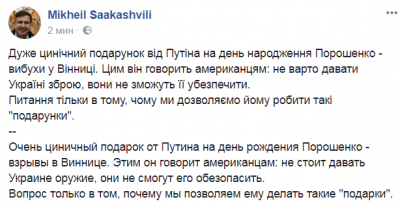 “He says Americans should not give weapons to Ukraine, they will not be able to protect” – wrote Saakashvili in Facebook.

Version of “the actions of the enemy” follows, and the journalist Yury Butusov, who said the explosions a man-made diversion in the light chain of similar events in 2017 – fires at warehouses in Balakliya and under Mariupol.