Explosion in Kiev: new information about the second victim 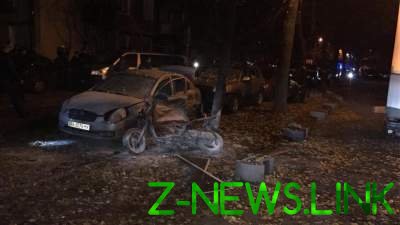 36-year-old former law enforcement officer Michael Mermel died in the explosion in Kiev on the eve of the birthday of his mother’s Faith. About this in his Facebook said the MP from the Radical party Andrei Lozovoi.

“Today is the birthday of the mistress of Faith, mother of the deceased in the terrorist attack on Mickiewicz Michael Mormile. Who has the ability and desire to help – write to Yaroslav Pugacheva or to me in private, give the phone to her other son, brother of the deceased,” wrote willow.

See also:  The SBU denied the statement of the militants about the arrest of saboteurs

According to him, the leader of the “radical” Oleh Lyashko “making repairs” to the apartment of the family, as in the explosion window “escaped”.

As reported in the “Observer”, Wednesday, October 25 in Kiev there was an explosion. As a result of incident two persons were lost: the guard of the people’s Deputy-“radical” Igor Mosiychuk Ruslan Kushnir and bystander Michael Marmel.

See also:  It became known who will represent Ukraine at Junior Eurovision-2017

Also affected by the political analyst Vitaly Bala and a female passerby Nadezhda Tkachenko. He said that he received a shrapnel wound.

In turn, a result called the main version of the incident.

The explosion was qualified under article 258 of the Criminal code of Ukraine “terrorist act.”