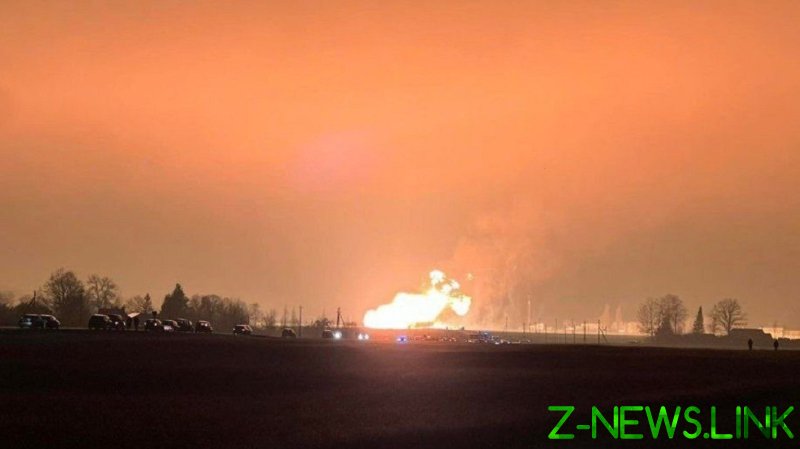 A gas pipeline connecting Lithuania and Latvia exploded on Friday, causing a fireball visible for 17 kilometers. Lithuania’s gas grid operator is investigating the blast, and foul play is not suspected.

The explosion took place along a section of pipeline in Lithuania’s Pasvalys region, grid operator Amber Grid said in a statement. The blast severed one of two parallel lines. The company said it immediately shut off the flow of gas after the incident, adding that supply to residents of Pasvalys would resume through the undamaged line.

Fire crews were dispatched to put out the blaze, but their efforts were hampered as the remaining gas in the line continued to burn off. Flames shot to a height of around 50 meters (160 feet), and were visible from 17 kilometers (11 miles) away, Lithuania’s Delfi news site reported.

Lithuanian broadcaster LRT said that the nearby village of Valakeliai was evacuated by police as a precaution, with its roughly 250 residents asked to leave their homes.

Amber Grid Director Nemunas Biknius told Delfi that an investigation will begin as soon as the fire is extinguished. He added that the company has thus far seen no evidence of a “malicious event,” but will nevertheless examine the possibility.

The pipeline transports gas to Lithuania’s northern regions and on into Latvia. No supply issues were reported on the Latvian side, Energy Minister Raimonds Cudars said.