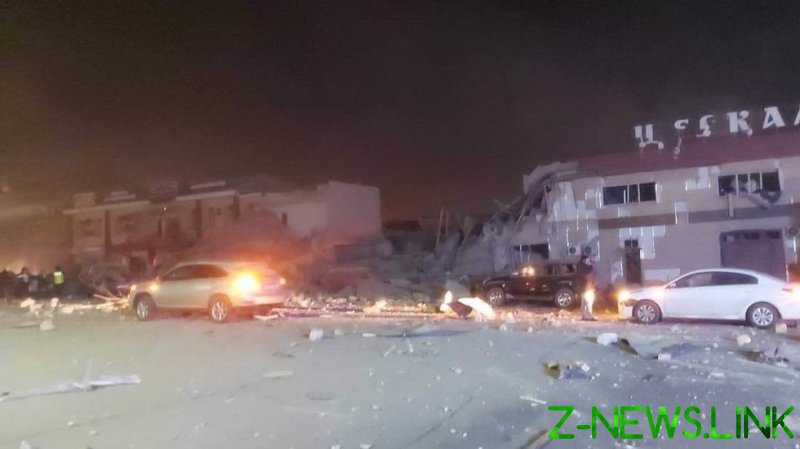 A video published on social media shows the two-storey roadside cafe suddenly disappearing in a massive blast that covered the area with thick smoke.

Photos of the aftermath of the incident show the cafe razed to the ground with only rubble remaining in its place and the surrounding area littered with piles of debris.

Several nearby buildings and parked cars were damaged as well. The cause of the blast is being investigated, a local emergency services official told Kazakh media.

The cafe was closed when the blast happened, the emergency services official said. According to the preliminary data, there were no people in the facility at the time of the incident, the official added.