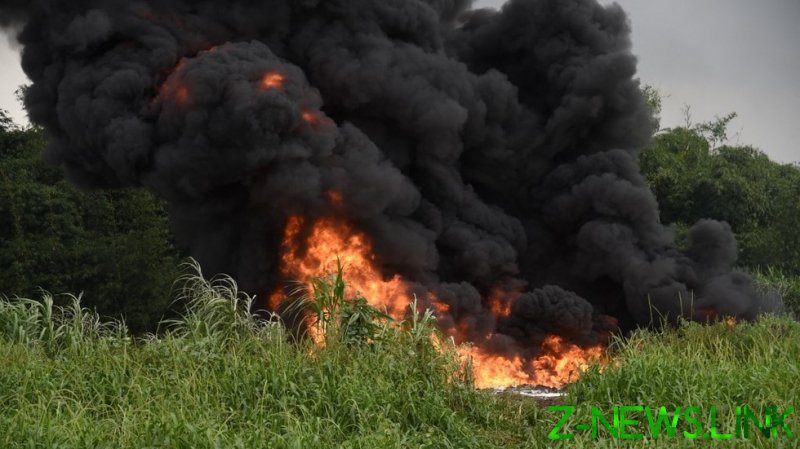 An overnight explosion at an illegal oil refining depot in Nigeria’s Imo State has killed 100 people, the state’s commissioner for petroleum resources said on Saturday. Illegal refining is a persistent problem in an area of the country wracked by poverty and unemployment.

“The fire outbreak occurred at an illegal bunkering site and it affected over 100 people who were burnt beyond recognition,” State Commissioner for Petroleum Resources Goodluck Opiah announced on Saturday, according to Nigeria’s Daily Post. “At the moment, I can’t really confirm the number of the deceased because many family members have removed the corpses of so many others,” Opiah added.

The commissioner said that the refinery’s owner has since been declared wanted by the government of Imo State, through which the Niger River runs to the country’s southern coast. 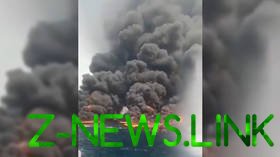 Imo State together with the neighboring states of Rivers and Bayelsa make up the Niger River delta, where illegal refineries thrive. Oil was first pumped in Bayelsa in 1955 by Shell, and since then a collection of multinational petroleum firms moved in to extract the black gold from the vast and marshy delta.

Oil from the region accounts for between 7% and 10% of the country’s GDP, but the damage wrought on the delta’s ecosystem has been catastrophic, and locals can wait decades for restitution. Shell, for example, was ordered to pay compensation only in 2020 for a massive oil spillage in Rivers State that took place back in 1970.

With unemployment and poverty endemic in the region, locals often tap into the pipelines of the oil firms and refine the product themselves. This process, known as ‘bunkering’, is dangerous, and leaves pipelines leaking afterwards. As of last year, illegal bunkering cost Nigeria 200,000 barrels of oil per day, at a cost of $4.8 billion a year with oil at 2021 prices.

Shell claimed in 2015 that illegal bunkering was responsible for 85% of the oil spilled from its pipes in Nigeria that year.