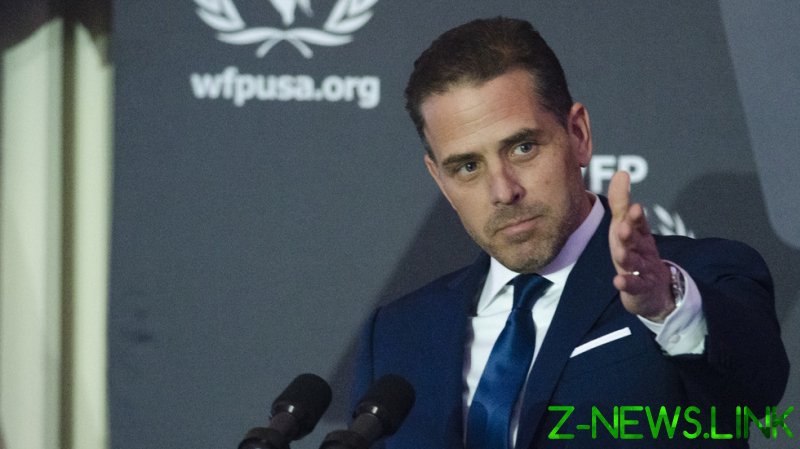 President Joe Biden’s 52-year-old son Hunter has found himself at the center of another budding scandal. Footage has been leaked to the media, featuring him with no clothes on and a gun in one hand accompanied by a woman, who several US outlets described as a prostitute. Reports suggest Biden junior had previously lied about his drug addiction to purchase the firearm.

The New York Post published several screenshots from the clip, which was in turn sourced from Radar Online website. According to the latter, the video was shot on October 17, 2018. In its articles, the Post described the president’s son as “casually wav[ing] around a handgun and even point[ing] it at the camera.” The paper also noted that the objects seen in the background in one of the screenshots look like crack cocaine and drug paraphernalia used to smoke it.

Since Hunter Biden has publicly acknowledged that he was struggling with drug addiction on several occasions, authorities could not have given him permission to carry a firearm, the Post surmised.

The outlet proceeded to reference another scandal, featuring Biden junior and weapons, which took place less than a week after the newly-leaked footage is said to have been recorded.

Reported on by Politico last year, the incident also involved Hunter Biden’s sister-in-law, Hallie Biden, who he was reportedly in a romantic relationship with at the time. The woman allegedly took away her partner’s gun and threw it in a trash can behind a grocery store. According to the outlet, when she returned to pick it up minutes later, the firearm was gone.

Recalling the case in several text messages in 2019, which were subsequently leaked to the New York Post, Hunter admitted that Hallie believed he “would harm [himself] due to [his] drug and alcohol problem and [their] volatile relationship.”

The president’s son was quoted as referring to the gun as “my 38.” According to the published text messages, Biden junior “freaked when [he] saw it was missing 10 minutes after she took it and when she went back to get it after [he] scared the s**t out of her it was gone.” 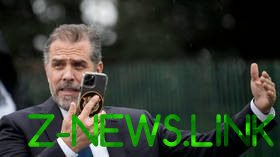 Politico claimed to have obtained copies of the Firearms Transaction Record and a receipt for the missing gun dated October 12, 2018.

The documents indicated that the president’s son responded “no” to a question on the form asking: “Are you an unlawful user of, or addicted to, marijuana or any depressant, stimulant, narcotic drug, or any other controlled substance?” That is despite having been discharged from the Navy Reserve after testing positive for cocaine five years prior, as well as having belatedly admitted to drug use himself, the article pointed out.

Politico surmised that Biden junior had lied, noting that technically that was a felony.

No charges were ever brought against anyone in connection with the incident, according to the report.

The New York Post noted that the latest video featuring Hunter Biden has surfaced at a time when the US was reeling from a rash of mass shootings that left at least 15 people dead and 61 injured across the country.

Responding to the latest cases of gun violence, President Joe Biden last Thursday called on Congress to pass new gun-control regulations as well as to “ban assault weapons and high-capacity magazines.” In his televised address, Biden, among other things, argued that the “Second Amendment, like all other rights, is not absolute.”

“Before proposing or passing any new federal gun legislation the Biden administration ought to enforce existing laws, regardless of who is violating them, even if that person is the president’s son,” the Wisconsin lawmaker charged.

He added that his letters to the U.S. Secret Service, FBI and ATF over the incident involving Hunter Biden’s gun dumped in a trash can behind a grocery store had yielded no meaningful response. “Unsurprisingly,” as Johnson concluded.