Experts say the causes of serious injuries during a crash 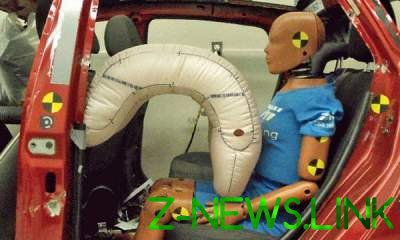 Every third victim or the victim rear passenger received a serious chest injury from seat belt.

Institute for highway safety IIHS in the United States published a study on the safety of passengers in cars on the second row of seats.

According to the findings, people are seriously injured and killed from behind when the seat belt.

In many cases the cause of death or injury is a belt, because without the tension it causes serious injuries.

If for the driver and front passenger seats provided by the seat belts with pretensioners and airbags (side and knees), the people behind accounts in collisions tight.

The Americans found that about one-third of the injured or deceased passenger in the back suffered serious chest trauma because of the belt. Another 23% of people had head injury due to a heavy blow on the back of the front seats.

As the researchers note, with high probability, the passengers could be saved if the second row seats were equipped with modern seat belts with pretensioners and Airbag cushions.

TRW company developed a special airbag for the rear passengers, which is made in a special semi-circular shaped for efficiency at any position of the front seat. There is also a cushion Airbag that is mounted in the ceiling of the car.

It is expected that many manufacturers will soon be taken care of properly for the safety of people on the back row.