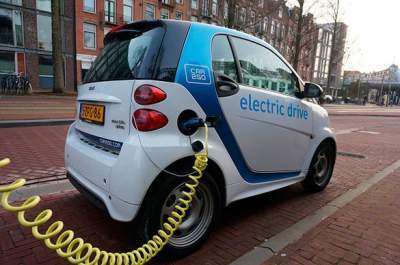 According to experts, there are at least five reasons for purchasing used cars.

Of course, most current electric vehicles while passing on average one charge only about 160 km (with the exception of models such as the Chevrolet Bolt and Tesla Model 3). In addition, the vast majority of countries have not developed a network of recharging. Nevertheless, sales of electric cars are increasing continuously. So, in 2016, the world has sold more than 600 000 new electric cars. Experts predict that these numbers will only increase.

According to experts, there are five reasons why you should buy used electric vehicles:

In many countries for the purchase of electric vehicles offer significant bonuses as a result, their price becomes competitive with the cost of petrol and diesel engines (the luxury Tesla Model S and Model X is a completely different conversation). In the US, for example, the Nissan Leaf and Ford Focus Electric, released two years ago, can be bought for $ 10,000, which is considerably less than the price of new models. Thus, for example, “anniversaries” Mitsubishi MiEV can be bought even for $ 5,000.

2. They have low mileage

Usually used electric cars for sale, low mileage. This means that they have less wear than conventional machines. While motorists do not need to worry about the replacement battery, as they usually have a great warranty.

Given that the price of gasoline and diesel fuel is constantly increasing, people start thinking about buying an electric vehicle, at least second-hand.

In electric cars significantly fewer components that require regular maintenance or even replacement. They do not need to change the oil, service the transmission, etc.

See also: In the United States called the best cars to buy this year

Electric cars pollute less the atmosphere than cars with petrol or diesel engine. Now, many are concerned about the environment, why you also not to do that? Clean air is very useful for your children and grandchildren.