On “the First channel” held the program “Live healthy” Elena malyshevoy. One of those TV shows were children with endocrine diseases, which the presenter called “cretins” and “idiots”. This was brought to the attention of “Tape.ru”, the show is available on YouTube.

Malysheva said that “cretinism” is a medical term which determines the degree of mental retardation. The splash screen shows it says “My child is an idiot” and “Where are the nerds?”. Speech Malysheva provoked a storm of criticism.

“The terms “moron” and “idiot” are not medical. To indicate degrees of severity of mental retardation doctors in civilized countries use different terminology. Identifying children with problems in mental development as a “moron” and “idiot” (basically insults) edition of the program made a serious ethical mistake, offending children with mental disorders and their parents”, — wrote in Facebook main children’s psychiatrist of Moscow Portnov’s Anna.

She expressed the hope that the editors of the TV program will make certain conclusions and will not continue to allow such discriminatory statements.

A statement was also made by the Association “Autism — Regions”. The organization considers unacceptable the use of stigmatizing language, designating people with intellectual disabilities because “it is a violation of the rights, dignity and an act of verbal violence against people with mental disabilities”.

See also:  The Kremlin made a loud statement about the new himatakah in Syria

“Association “Autism — Regions” is against the use of discriminatory terms. In the near future in the management of the channel will be sent a letter with a demand to clarify the position in relation to people with intellectual disabilities and their relatives”, — stated in the message Association in Facebook. 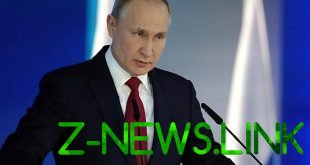