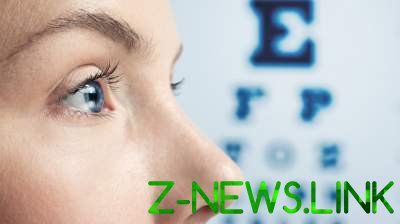 Biochemists from the United States have determined which light is the most dangerous for the eyes, according to their data, it is blue.

The researchers said that blue light causes cell death of the retina.

The authors of the new work, the University of Toledo, stated: coming from gadgets or other source affects the important molecules in the retina, which, under his influence, turned into “killers” of living cells. This process causes the development of incurable macular degeneration is a chronic progressive degenerative disease of the=I the Central area of the retina, causing blindness.

The researchers emphasize that the destruction of retina occurs under the influence of blue light on photoreceptors light-sensitive molecules, making these molecules are toxic and therefore deadly for virtually any type of cells. When irradiated yellow, green or red light, such phenomenon is not observed.

“The cornea of the human eye is not able to reflect blue color. Considering that the eyes are constantly exposed to blue light irradiation and it becomes the cause of death of photoreceptor cells in the retina that are responsible for light perception by the brain. This leads to a gradual deterioration of vision up to blindness,” – said the researchers at the University of Toledo.

According to them, exposure to blue light activates the process, which contributed to a dramatic increase in the calcium concentration in the cytoplasm that leads to cell death of the cell. This principle, as were able to see scientists working on only in photosensitive, but also in other cells. During the experiments with photoreceptor cells of the retina that is added by the specialists to their neural, cancer and cardiac cells, blue light irradiation provoked “murder” molecules in the retina of all three cell types with which they were combined.

See also:  The main reasons for the development of alcoholism

Note that at home blue light waves are reflected from PC monitors, smartphones or led bulbs.