Experts: after oil disaster, Russia will face the gas 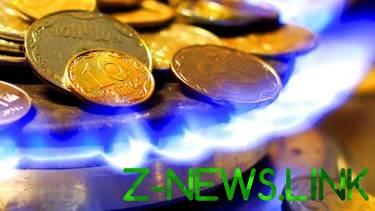 Network analyst Anatoly nesmiyan believes that the gas crisis, which comes after oil, is in many respects similar to it:

“The excess supply in the market with reduced demand, and it is already clear that demand even after the end of the epidemic will not return to previous levels, the economy of the leading countries (and they are also the largest consumers of gas), on the basis of quarantine measures will shrink from 7 to 12 percent. Unless there is something else.

The same issue occurs any reduction of gas production, or significant decrease in prices. But unlike the oil market, gas no cartels and unions of producers. Every man for himself, and all the arrangements can be strictly separate nature. Here are quite a big manufacturer to start acting like the rest will be forced to react, and is not necessarily symmetrical.

There is another nuance of the gas market. Gas because of its state of aggregation is not so easy to store. More precisely, it might be stored either in a liquefied state or in underground gas storages. Their volumes are finite, and the gas itself as storage decreases – for example, to store it in the form of LNG it is necessary to evaporate to account for the evaporation to remove heat from the main volume.

The gas market is divided into two segments depending on the mode of transportation of pipeline gas and LNG. Pipeline protected by complex schemes of long-term contracts that are concluded in such a way as to keep the balance of risks the seller and the buyer. In an uncertain and crisis period, these schemes do not work well, and there is often a situation when the penalty for failure to comply with the terms of the contract is less expensive than performing became poor conditions. However, this market is relatively stable, although right now the sales drop through the tube starts to cause serious problems at all. Gazprom, for example, has lost about 20% volume compared to previous year, and most likely, by the end of the year, the fall in exports will only increase.

Have LNG, the situation is even more stressful, because in addition to long-term contracts, liquefied gas hits the “spot” market – that is, one-off contracts. This market now has the greatest imbalance, as the excessive volume of liquefied gas all the manufacturers are trying to “attach” at any price, and that means prices at the terminals are falling, and very quickly. If by the end of 2019 the price of 100 dollars seemed unrealistic, and forecast to 90 dollars per thousand cubic meters seemed full of fiction. today the price of 60 dollars is already a reality. In the European market prices are already lower than the domestic, and continue to fall.

In General, to describe the situation can be long and sad. The question is – what can happen. The contradiction was growing for a long time, and now comes the time a full blown and severe crisis. The question of who will start.

Obviously, the crisis will start in the LNG market is the most market segment of the gas market, and that it is possible to balance price, supply and demand are relatively clear actions. In the conditions of crisis the minimum predictability is at the core of any decisions. 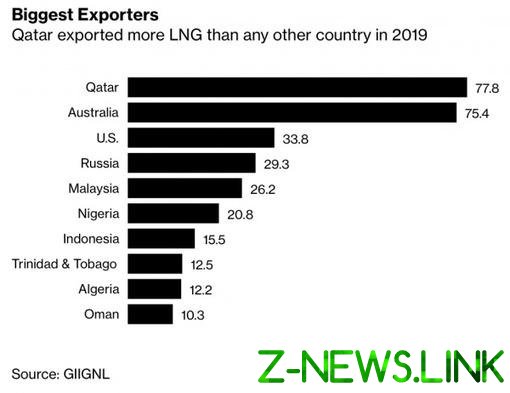 The main markets of LNG two – Europe and South-East Asia (China, South Korea and Japan in the first place), the Excess supply of gas on each of them is estimated around 10%, that is, to balance supply and demand can only cut output as falling prices – a palliative which only prolongs the agony of the market. But the decline, taken separately, will only mean a loss of market share. Qatar may reduce the supply, but its volumes in Asia immediately replenish Australia. If you cut supplies to Europe – they will replace either the Americans or pipeline gas from any direction.

It is also impossible to negotiate a gas OPEC was not created, and not the fact that it will be the basis for agreements, as the US clearly it did not come, and the issue with Australia is unclear.

Therefore the gas market is very quickly sinks deeper, and the only way to somehow keep the volume is lower prices. That does not solve the problem – this amount of gas is required. Power gas storage limited, which means we will soon see a repetition of the same pattern in the oil market – negative gas prices. The price of storage will be more expensive than the sales price. The storage of gas, as already mentioned, reduces its volume due to the necessity of technological vapour.

As a rough estimation, even without any “black Swan”, which happened with oil in March, when the wise Russian leadership has slammed the door in Vienna, even in the current regime of sagging of the gas market by the fall he will enter predetermine the status where any minor factor (up to diseases of any leading politician or Manager) can run the disaster. And most likely, such a plot is most likely because the project actions on the market is extremely difficult because of the lack of tools and mechanisms of the agreements.

The trigger can be some of the actions and decisions of Qatar – he the largest manufacturer, and that he will suffer the greatest damage from the disaster (large Cabinet fall louder). And that means – to him and to take the first steps, although frankly, the chance for a relatively favorable resolution of impending disaster, no one. The only question is, who will suffer less than others…”

About what this situation will mean for Russia, it is easy to guess. Experts channel “the World economy day by day” report that for the year “Gazprom” has all chances to become “minus,” which sounds very ominous for “national treasure” :

“The sustained fall of the economy provoked a sharp drop in the price of Russian gas in Europe.

According to the results of the reporting company Gazprom, has become loss-making on cash flows. Gazprom has spent on capital construction 190 billion. It’s more than he got from operating activities.

Fitch predicts that by the end of the year, Gazprom probably will again have negative cash flow due to record low gas prices.

To patch holes in the budget, YTD Gazprom has twice held in a foreign currency, placing Eurobonds for $3.9 billion. However, about half of this amount went to repay existing debt. According to the forecasts of economists, the total amount of loans before year end may reach $10 billion.

Such a debt will be very difficult to maintain in the future. If the economy does not recover to previous levels until the end of the year, will have to rely on state support and third-party capital raising…”

Journalist Vasily Alenin paid attention to the other side of the question: why, in the face of such a severe crisis, the leadership of “Gazprom” continues to wantonly waste money?

“…Big fan of football, Miller is generous with his money, the impoverished Russians in the “team millionaires” who buy players packs like SKA HC and FC “Zenit” (and his “farm clubs” FC “Orenburg” FC “Sochi”). But there is still the German “Shalke” from Gelsenkirchen, Belgrade “Crvena Zvezda”, a sponsorship contract with the UEFA Champions League”…

Despite the fact that he “Gazprom” has started the year with billions of dollars of losses as oil prices fell, state-owned companies had not thought now to eliminate unnecessary spending and to support its citizens. At least not to increase this year during the pandemic for their gas prices. But no, this is a fantasy, if Sechin has lowered prices at the pump “Rosneft” from-for falling of the world prices for oil.

Instead, Gazprom’s our national heritage is planning to spend 5,336 billion rubles (!) for the construction in St. Petersburg the exhibition Marina replica of linear ship “Poltava” in the time of Peter I.

Such are lucozade “patriots”. And will until its ignominious end to cut the loot, and used the rest to buy myself for our money a false image abroad, to build cardboard Reichstag and spend billions on is restricted to citizens fireworks in Moscow.

And for you Russians, no money…”