Home / policy / Expert: Ukraine will not survive a second disaster

Expert: Ukraine will not survive a second disaster 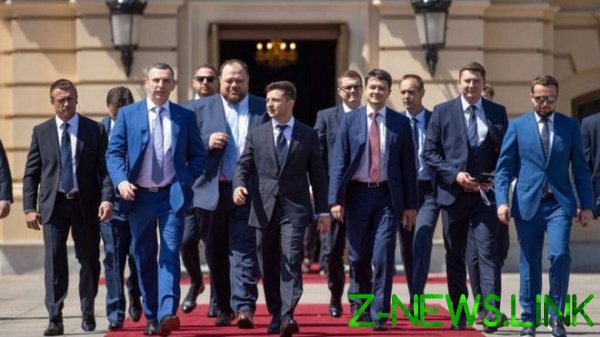 Ukrainian political analyst Andriy Yermolayev commented on the policy of the newly elected President Vladimir Zelensky. According to the expert, the head of the Square there are still six months to a year in order to save the country from imminent disaster. Yermolaev says that the situation is exacerbated by the lack of specificity in the steps of the current guarantor. And the second disaster in the face of a coup d’etat Square certainly did not survive.

“Zelensky as a politician can fail in six months or a year, because he still has not addressed the role of the person formulating the answers. The staging policy is not long can… the Entire husk will fall off, we very quickly see. The question is to use it as a pretext for revenge, and disappointment, and I am convinced that the second revenge and frustration, the country simply will not survive”, – expressed his opinion Ermolaev.

In addition, the expert drew attention to the fact that the policy Zelensky reminiscent of summer camp. Instead of a constructive national dialogue, the head of Ukraine dictates, intoxicated by their own power. Yermolayev noted that the political immaturity Zelensky could bring the country to the next shock.

“My concern is that we-the team accidentally intoxicated by his newfound dictatorship and trying to build newfound power scheme managed summer camp is the unfolding of a serious and necessary inter-elite dialogue and national dialogue. This suggests that the immaturity Zelensky and passion for power can lead to shock, stimulate revenge, and revenge is the path to disaster,” – concluded Ermolaev.