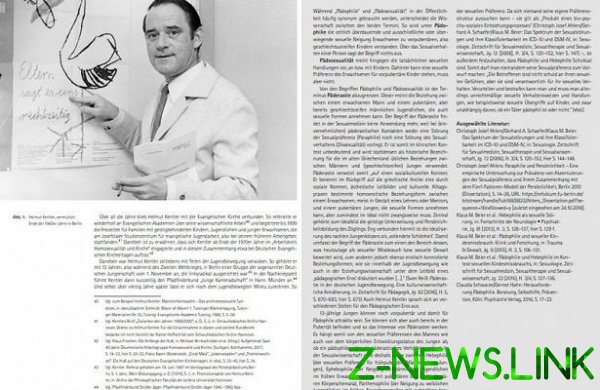 Became aware of a shocking experiment on homeless children, which was conducted by authorities of West Berlin. Within 30(!) years they gave kids up for adoption pedophiles. The victims dared to speak after the death of the Professor of pedagogy of Helmut Kentler – author of the project.

He believed that pedophiles can be “corrected” by making them foster parents. Some of them were senior scientists. Moreover, Kettler was convinced that sexual contact between adoptive fathers and adopted boys is totally harmless. The author was assured that the practice will turn out happy families, but it crippled the fate of grown-up children of the streets. The experiment involved homeless boys from 13 to 15 years. Professor planned their “resozialisierung” and to accelerate their maturation process.

They also reported on a shocking experiment that was put on them for 30 years – from 1960’s to the early 2000’s. it Turned out that government sponsored pedophiles. Fathers received benefits for the care of children. In fact, they paid money for making their sick sexual fantasies.

The first rumors timidly came out a few years ago. Victims no one wanted to believe. And how is that possible! Researchers from the University of Hildesheim decided to check and picked up the file. Conducting interviews one by one they were horrified! It turned out that in the Senate of the Berlin medical practice of pedophilia “was made, supported and protected”.

The participants of the project still not recovered from the trauma. The current Berlin government consider the findings “appalling and shocking”. Senator for youth and children Sandra Shares intended to shed light on a story that we can no longer hide!