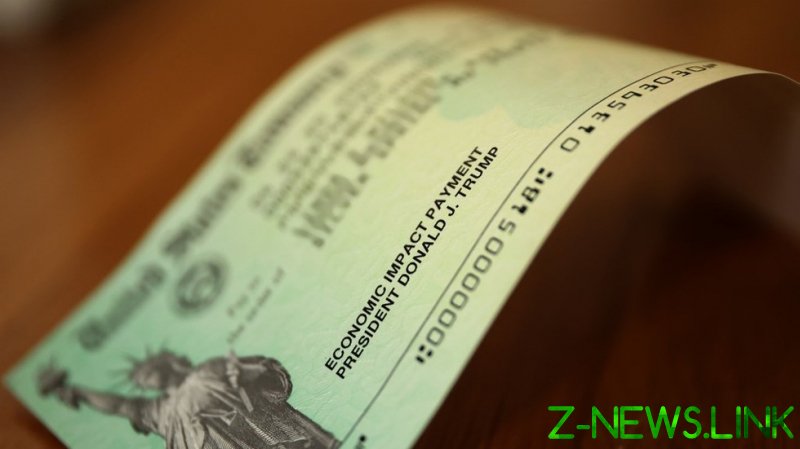 The Washington Post, owned by the world’s richest man, Jeff Bezos, ignited a storm of controversy last week when its editorial board – considered the voice of the newspaper – argued against bumping up the Congressionally authorized $600 relief checks to $2,000. Though President Trump and Democrats on Capitol Hill are in favor of bumping up the payments (The Republian leadership want the more lavish checks tied to a crackdown on the Silicon Valley tech giants and an investigation into alleged election fraud, as Trump originally proposed), the Washington Post called $2,000 payments a “bad idea.”

Rather, the editorial board wrote that relief money should go to state governments and pharmaceutical corporations developing vaccines. Even $600 checks are too much, they continued, complaining that recipients would save, rather than spend, the modest windfall.

The Washington Post’s journalists, however, aren’t relying on Congress to pay the bills. Jose Del Real, a political reporter with the paper, revealed on Friday that “every Washington Post employee will receive a special bonus in the amount of $2,021 next week, per an email from Fred Ryan, our publisher.”

The bonuses were awarded as a token of ”gratitude for your exceptional service through the challenges of 2020,” Del Real continued.

The Washington Post didn’t inflict mass layoffs on its workers last year. Its owner, Jeff Bezos, increased his personal fortune by more than $70 billion during the coronavirus pandemic. Already the richest man in the world, Bezos is now worth almost $200 billion.

As for the “exceptional service” put in by the Post’s employees, that included opining against the government’s first round of stimulus checks in March. Back then, $1,200 checks were just as much of a “bad idea” as $2,000 or $600 payments, with author Steven Pearlstein calling them “a cynical ploy by President Trump and the Republican leaders in Congress to buy the next election,” and claiming that the average American worker “can’t even spend what they make” on account of restaurants and shops closing their doors.

Del Real’s tweet provoked a furious response online. “Man, maybe read the room and reflect that this looks like gloating after doing an op-ed telling the rest of us it’s a bad idea to get more money,” one wrote.