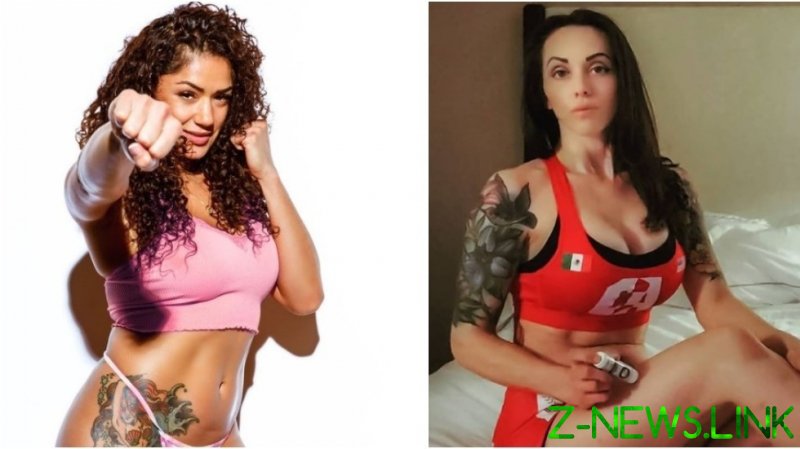 As revealed on Tuesday, former UFC and Invicta FC flyweight Gonzalez will do battle with Charisa Sigala at BKFC 18.

The event will take place at the Hard Rock Hotel & Casino in Hollywood, Florida, on June 26, and features no fewer than four title fights from lightweight up to heavyweight while shown on the championship’s exclusive app.

After having lost two out her three last fights in all-women’s promotion Invicta FC, and having a November bout against Erin Blanchfield canceled when she had to withdraw due to contracting Covid, Gonzalez is exiting MMA – even if only temporary.

Her opponent Sigala also made her debut with BKFC recently in February, losing a unanimous decision at the hands of Taylor Jenkins during what was regarded as one of that evening’s most exciting fights.

Others that have made the foray include Crystal Pittman, ‘The Rugged Beauty’, who the BKFC welcomed just a week ago to its ranks, and who uploaded a video to her 20,000 Instagram followers to celebrate signing.

Another name to watch is ‘The Serbian Princess’ Nadja Milijancevic, a 20-year-old two time junior world and European kickboxing champion.

Yet the highest-profile of all, of course, is Paige VanZant.

With an army of almost 3 million followers, the blond American stunner had a hard time of it in the UFC, but was a pioneer in joining BKFC in August last year.

“It was an amazing contract, an amazing opportunity,” she told ESPN at the time, when accepting a reported $1 million deal.

“I also feel like it’s not a move backwards for me. It’s a lateral move to a new opportunity, a new challenge, a brand new sport. I really have sparked a brand new passion for it and especially for striking in general.

“And, on top of that, I feel like I still have this stigma in MMA that I’m just a pretty face, and what a way to prove to people that’s not the way I see myself at all,” she continued.

“This is a sport where people probably have the highest rate of getting cut open and having long-term scars is definitely something that I’m not even worried about for me. It’s just the love of competition and I’m really excited to go out there and show off in such an amazing sport.”

And though defeated in her BKFC debut against Britain Hart, she hasn’t let this deter her and will attempt to get her career back on track with a win over fellow former UFC siren Rachael Ostovich on July 23.

“Come for the boobies, stay for the violence,” she demanded online, as the clash was made public.