Home / WORLD / Ex-spy & author of discredited Trump dossier says a ‘queue of people’ would want to play him in a movie, including Daniel Craig

Ex-spy & author of discredited Trump dossier says a ‘queue of people’ would want to play him in a movie, including Daniel Craig 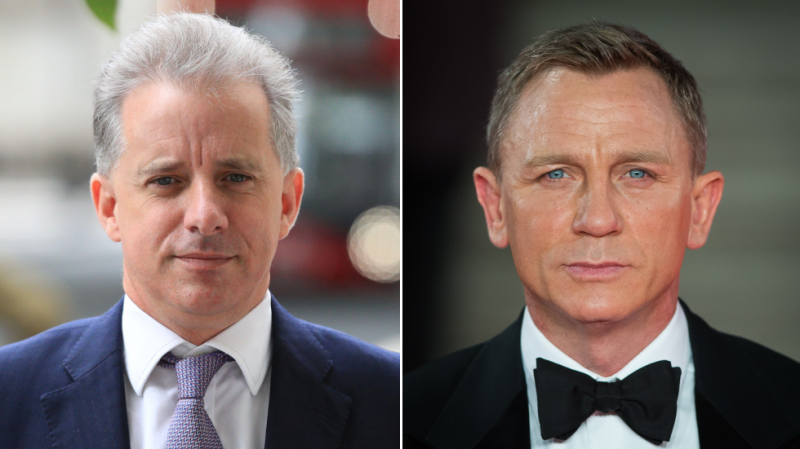 During an interview with Sky News’ Security and Defence Editor, Deborah Haynes, Steele said, “I would hope there’d be a whole queue of people that might want to play it, because these have been tumultuous times and quite dramatic events.”

Steele also told Haynes that actor Daniel Craig – who has played the fictional MI6 spy James Bond since 2006 – would be interested in playing him in a movie and is a personal friend.

Sky News’ interview was the first UK interview with Steele since the controversy surrounding his Trump-Russia dossier. During the interview, Steele also claimed that Russian agents had once planted two wedding rings in his bag during a holiday to the Caribbean and said it was “possible” that Russian President Vladimir Putin had once served him “a cup of tea” when he was a part of a UK delegation to St. Petersburg, though did not provide much evidence for his fantastic claims.

Politico London Playbook editor Alex Wickham mocked Steele’s comments on Saturday, tweeting, “Extremely normal for a former MI6 officer to give a TV interview in which he claims there’ll be ‘a queue’ of people who want to play him in the movie of his life, and he’s hoping for Daniel Craig…”

Others criticized the whole interview, questioning, “Is this news?” and calling Steele’s claims “a complete joke.”

“Sky News you should be ashamed of yourselves, this guy is a proven liar and his fake dossier was proven to be all a lie, but you guys give him airtime,” one critic wrote.

Steele’s infamous dossier, which was part of an opposition research campaign commissioned by the Democratic National Committee (DNC) and Hillary Clinton’s 2016 presidential campaign against Donald Trump, has been widely discredited since it first appeared in the media five years ago.

The dossier contained unverified, sensationalist claims about Trump – most notably the allegation that Trump had been blackmailed by Russia with tapes of him engaged in sexual activities in a Moscow hotel – and was used during the probe into Trump’s alleged ties to Russia, which were ultimately disproved.

Despite initially receiving support from liberal commentators in the US, the accuracy of Steele’s dossier was eventually called into question by even those who believed Russia had attempted to influence the 2016 election.

Former US acting-director of the CIA, Michael Morell, was one such critic of the dossier, despite having endorsed Clinton during the election and supported allegations of Russian interference.

Morell added that “on the question of the Trump campaign conspiring with the Russians here, there is smoke, but there is no fire, at all.”

Steele’s own “primary sub-source” described his quotes in Steele’s dossier as “misstated or exaggerated;” and former FBI Director James Comey admitted under oath that his agency never bothered to corroborate its findings, even after they used the dossier to justify a surveillance operation against the Trump campaign.

Steele worked for MI6 between 1987 and 2009, and led the intelligence agency’s Russia desk, before founding a private intelligence company.