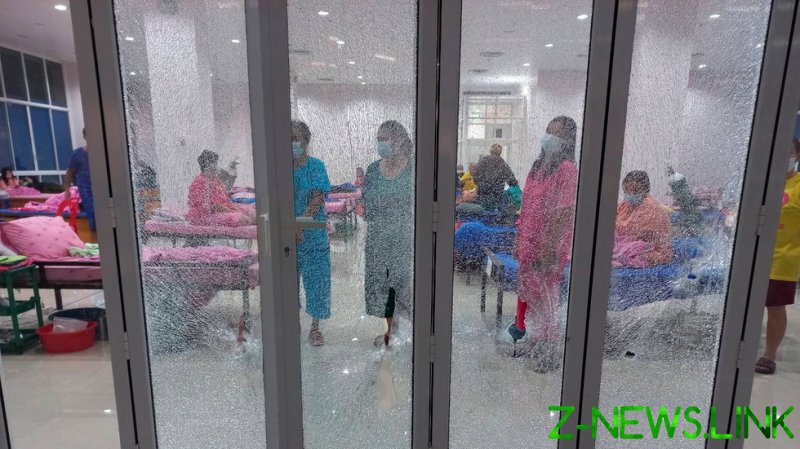 Buarabporn confirmed that the attacker, a former soldier, believed to be 23 years old, had killed two people. One, a patient, was killed in the hospital, while a shop worker was shot dead earlier over a dispute in Bangkok.

The field hospital in Pathum Thani where the ex-soldier fired gunshots had previously been a drug rehabilitation center and had been refitted to treat Covid-19 patients.

Footage from CCTV shows the man, identified by local media as Kawin Saengnilkul, dressed in a red beret, full combat gear and brandishing a weapon, entering the hospital and leaving a victim behind him.

The suspect was later arrested. Reports suggest the assailant was driving a white Isuzu truck which was incepted by police in Chumphon province.

In February last year, another young soldier killed 29 people in a shooting spree at a Thai shopping mall. He had killed his commanding officer before taking hostages at the mall.