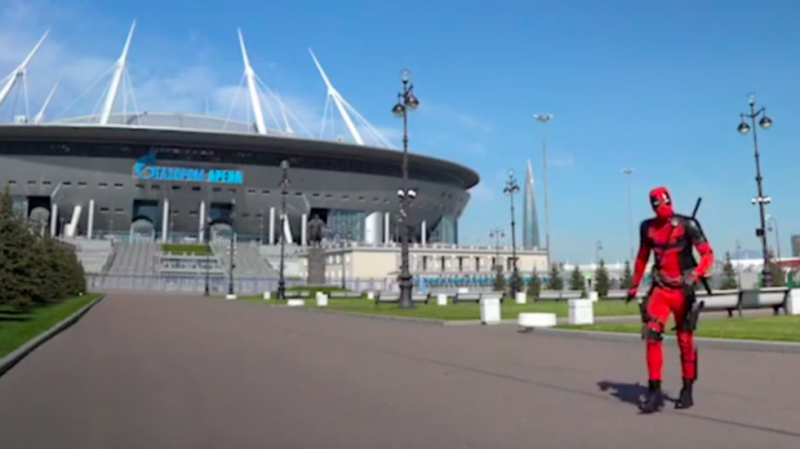 Artem Dzuyba, the former captain of the Russian national team and its joint all-time top goalscorer, has revealed his decision to leave Zenit Saint Petersburg in typically bizarre fashion.

The 33-year-old goalscoring ace announced in a social media post on Sunday that he was to step away from the club he has represented since 2015 – and did so while dressed as the popular superhero ‘Deadpool’, who has been played in two popular Hollywood movies by Canadian actor Ryan Reynolds.

“Saint Petersburg, thank you for everything!” wrote Dzyuba on his Instagram account, along with a video showing the popular striker dressed in Deadpool’s red regalia outside the team’s 68,000 capacity Gazprom Arena.

In a statement of their own, Zenit thanked Dzyuba for his “sparkling play, incredible dedication, goals, assists, records and our joint victories.”

The manner of Dzyuba’s Deadpool-themed announcement was a strange one – but the forward has dressed up as the superhero on several occasions in the past.

Perhaps most notably, Dzyuba wore his superhero costume to collect his Russian Premier League winners medal in May of last year.

“Well, now, my friend, it’s time to move on, new adventures await the superhero,” Dzyuba added at the culmination of the video clip as he removed his mask.

Dzyuba created headlines this past March by turning down a call-up to the Russian national team, prolonging an absence from the team since Valeri Karpin became manager after Euro 2020 last summer.

“I will not go to the national team camp, not for political reasons, but for family reasons,”  he said several weeks ago. “During this period, I prefer to spend time with my family.”