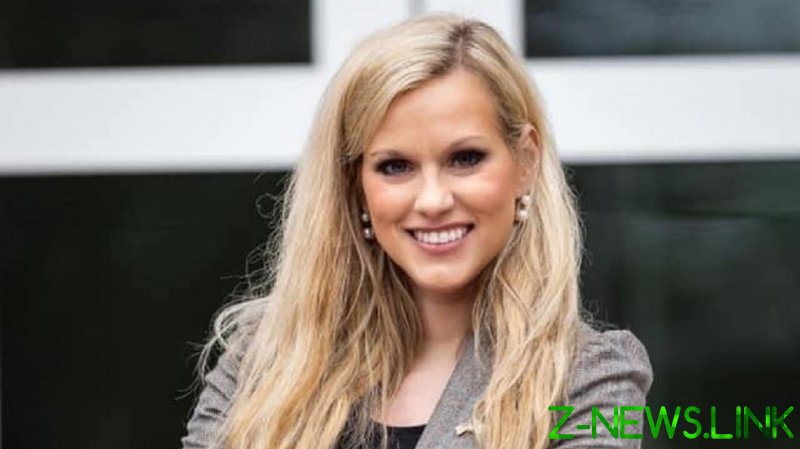 Witzke’s account was suspended on Sunday evening, and in a post to Telegram shortly afterwards, the former Senate candidate from Delaware revealed that her account had violated Twitter’s rules against “hateful conduct.”

Witzke’s last tweet before her suspension was only one word long. Retweeting a post by an anti-trans feminist group that contained a quote by self-described “gender non-conforming writer and performance artist” Alok Vaid-Menon, Witzke wrote: “Demonic.” The post highlighted that Vaid-Menon seemed to argue that transgender women should be allowed into bathrooms with young girls all because “little girls are also kinky. Your kids aren’t as straight and narrow as you think.”

“Calling pedophiles demonic now violates twitter’s terms of service as ‘hateful content,’” Witzke wrote on her Telegram in wake of the ban. “KEEP FIGHTING! It’s your job to pick up the torch and fight for what’s right!”

Witzke is no stranger to controversy. In the runup to her failed bid to unseat Democratic Senator Chris Coons last November, Witzke called for a complete halt to immigration for a decade, and in years past has spoken favorably of the 9/11 ‘truther’ movement and the ‘Pizzagate’ conspiracy theory. She has also been associated with the ‘QAnon’ movement, but disavowed it last year as “more hype than substance.”

Just last week, Witzke got stuck into a Twitter argument with Richard Grenell over whether “mentally ill” transgender people and homosexuals should be given prominence in the Republican party. Grenell, who served as US Ambassador to Germany under former President Donald Trump, took exception to Witzke’s hardline views.

Before entering politics, Witzke was arrested in 2017 with heroin, methamphetamine and a handgun, and claims to have been an opioid addict and “low-end drug-runner” for Mexican cartels. The charges against her were subsequently dropped, and Witzke has been open with the media about her troubled past.

In her Telegram posts, Witzke urged her followers to keep hounding Vaid-Menon, telling them to “destroy this guy.”