Ex-president faces extradition to US 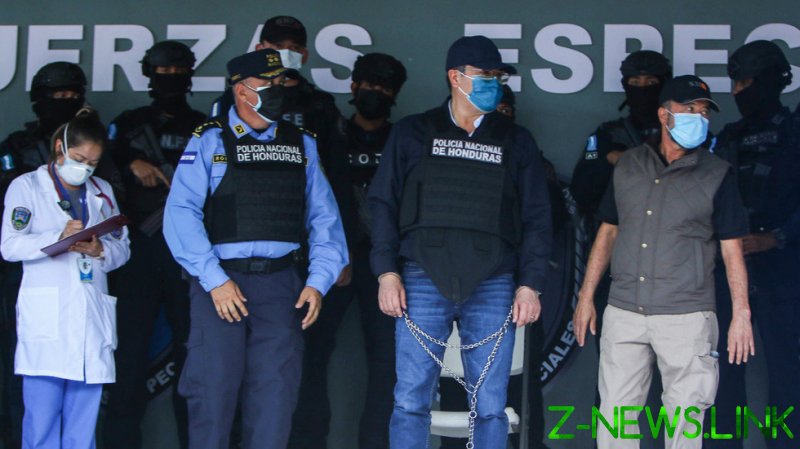 The top court has denied Juan Orlando Hernandez’s final appeal on Monday, authorizing the extradition of the former president at the request of Washington, to face several drug and gun-related charges.

A US federal court in New York has accused Hernandez of profiting from the illegal drugs trade in Honduras, which serves as a major transit country for narcotics smuggled into the US. While in office, he allegedly received briefcases stuffed with cash from drug cartels and actively participated in organized crime. His younger brother and former congressman, Tony Hernandez, is serving life in prison after being sentenced by a US court last year.

The former leader, who ruled Honduras between 2014 and January this year, was taken into custody at his home in the capital Tegucigalpa back in February, almost immediately after Washington officially demanded his extradition. According to the Supreme Court’s spokesman, Melvin Duarte, the former leader has no further options to appeal and all that remains is the paperwork to finalize.

Hernandez has denied all allegations against him, and said he was ready to defend himself in the US justice system. In a letter shared by his wife, the former president once again claimed his innocence and insisted he was the victim of “revenge and conspiracy” by other drug traffickers previously extradited by his own government.

“In the end I realize there is the possibility facing three life sentences, which could become a living death for me,” Hernandez wrote, as cited by the Associated Press.