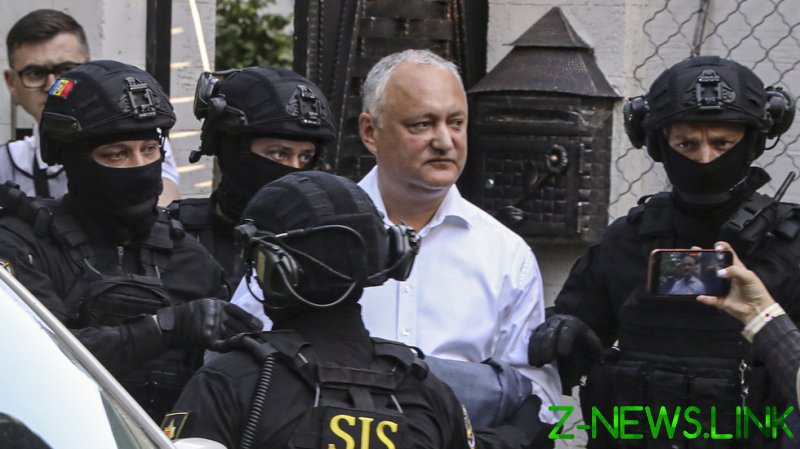 The day before, Dodon, who headed the country from 2016-2020, was arrested, for 72 hours, the country’s anti-corruption authority revealed. The treason charge appears to have been added later.

His opposition Party of Socialists has accused the pro-EU Action and Solidarity faction along with the current Western-backed Moldovan President, Maia Sandu, of “trying to intimidate political opponents and establish a dictatorship in the Republic of Moldova.”

TASS reported that the detention period for Dodon and an unnamed second suspect could be extended. 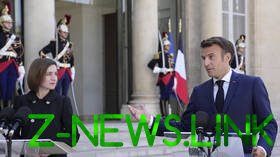 “Today, the Anti-Corruption Prosecutor’s Office sent a request to arrest for a period of 30 days ex-president Igor Dodon and another detainee,” a judiciary spokeswoman is quoted as saying.

She revealed that the requests would be considered on Thursday by the Chisinau District Court.

Dodon denied all accusations, saying that it is not the first time that he has become “a target of orchestrated and politically controlled justice.” He also claimed that he has the “necessary explanations that remove any suspicion of corruption and violation of the law.”

According to a statement by the prosecutor’s office, the charges are linked to the so-called “bag case.” Video footage from 2019 from the office of the Democratic Party of Moldova showed, now-exiled, businessman Vladimir Plahotniuc, who headed the party, giving Dodon a bag, presumably with money. The president did not take the bag, telling Plahotniuc instead to give it to another person. The two men’s conversation revealed that the funds were intended to finance Dodon’s Party of Socialists (PSRM).

The video was published in 2020, but at the time prosecutors decided not to initiate a criminal case, citing insufficient evidence. Under Moldovan law, recordings made without a prosecutor’s permission and without the participation of law enforcement cannot be considered evidence in court. Last week, however, interim General Prosecutor Dumitru Robu ordered the criminal probe to resume.

Prosecutors said on Tuesday that during searches of ten buildings and three cars, which had been conducted as part of an investigation, significant amounts of money and luxury items were seized.

“It should be mentioned that during the searches, one of the persons tried to destroy, by swallowing, the documents found at home, which confirmed the sale-purchase transactions of real estate worth about 700,000 euros,” the authority claimed in a statement.

According to the media reports, the person allegedly trying to destroy the evidence was Dodon’s brother-in-law Petru Merineanu, who is reportedly the unnamed second person detained along with the former president. 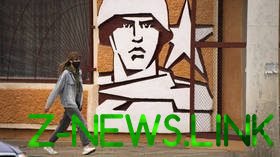 In response to Dodon’s arrest, the Party of Socialists, which is considered to be pro-Russian, has already organized protests in Chisinau and plans to hold more on Thursday.

“The PSRM demands the release of the ex-president of the country, Igor Dodon, and the termination of the criminal cases fabricated by order,” the party said in a statement.

Kremlin spokesman Dmitry Peskov, commenting on Dodon’s detention, said that Moscow is concerned that “such practices and persecution are being used against supporters of the development of friendly, mutually beneficial relations with the Russian Federation.” He, nevertheless, stressed that it is an internal matter for Moldova.