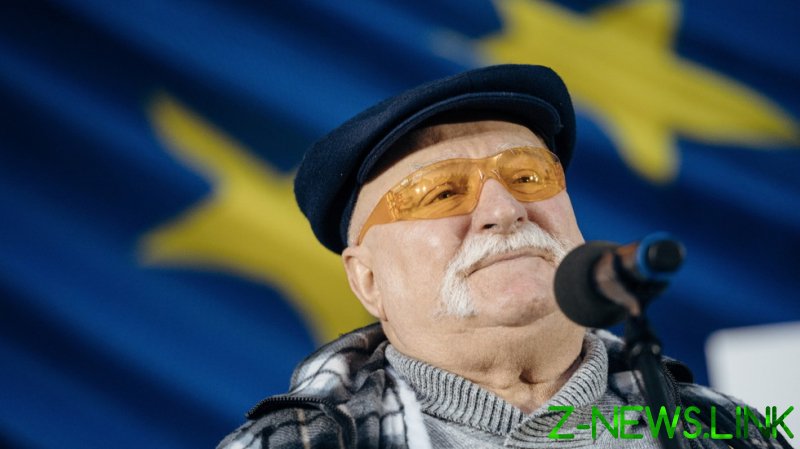 The leader of Poland’s Solidarity movement known as a pro-democracy activist, Walesa was summoned to hear the charges related to his testimony back in 2016. At that time, when confronted with documents alleging his recruitment as a secret police informant, Walesa denied he had anything to do with them and said they had been forged to smear his name.

Poland’s Institute of National Remembrance (IPN), which instigated the case against Walesa back in 2016, has now stated that expert opinions and other evidence confirmed that the documents were in fact authentic. The IPN has been sticking to this position ever since 2016 as it stated they were confirmed to be genuine when it first brought the case against the politician.

Dating back to the 1970s, the documents were retrieved from the home of the widow of General Czeslaw Kiszczak, who was also communist Poland’s last prime minister. A personal file on an informant nicknamed only as ‘Bolek’ contains over 150 documents, including payment receipts and a handwritten commitment to cooperate with the socialist-era Polish Security Service alongside various reports submitted by the informant.

The Polish Prosecutor’s Office that launched the case against Walesa over the documents requested an expert opinion from the Institute of Judicial Expertise. According to the Polish media, a team of experts in the field of handwriting concluded that dozens of the documents from the file were drawn up by Walesa. The experts compared the documents to some 140 other papers personally written or signed by the former president between 1963 and 2016, the media said.

The experts’ conclusion was then published by the IPN – an institution responsible for exposing historical crimes in Poland. Perjury in Poland carries a sentence of between six months and eight years of imprisonment.

Walesa, who was the co-founder of the Solidarity movement, which brought down the socialist government in Poland, continues to deny all the accusations. In a statement posted on Facebook, he denounced the accusations against him as “shameful” and said that the charges were aimed at “downplaying his role in history.”

He also said that “the prosecutor’s office is not where historical truths are established.” “The truth about those times is something for historians to decide about, and I am not afraid of history’s verdict,” the former president added, maintaining that he never collaborated with the communist secret services.

Walesa himself has been a staunch critic of Kaczynski as well as reforms to the media and judiciary initiated by his party after it came to power.

The former president has already been cleared of charges concerning alleged collaboration with the communist-era Polish Security Service by a special court back in 2000. He was also awarded a Nobel Peace Prize in 1983, years before the collapse of the socialist government, for his “campaign for freedom of organization in Poland” and was called a “symbol of revolt” by the Nobel Prize committee at that time.