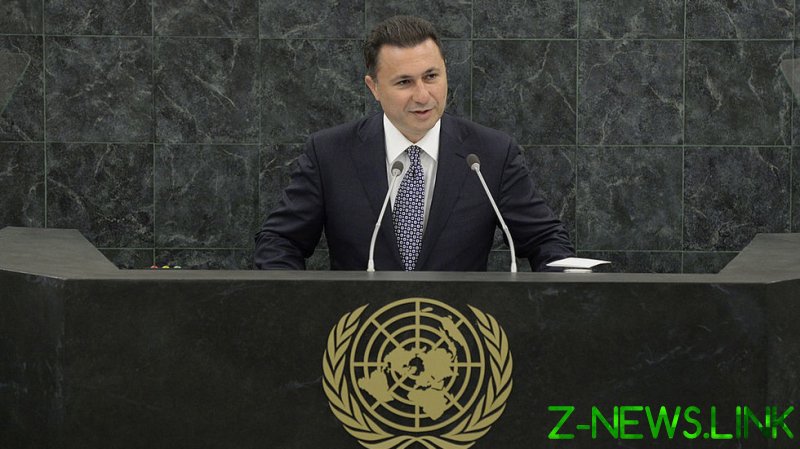 The fugitive former North Macedonian prime minister, Nikola Gruevski, was sentenced on Friday to nine years in prison for ordering the demolition of a building owned by a political adversary.

Skopje’s Criminal Court handed down the sentence after finding that Gruevski had abused his power and ordered the 2011 demolition as an “act of political revenge” against Fijat Canoski, a former ally who had left the ruling coalition to lead a fledgling opposition party. Canoski was developing a large residential complex, called the Cosmos Building, when the project was razed, ostensibly because of permit violations.

Gruevski ruled the Balkan country, then called Macedonia, from 2006 to 2016. He has been sentenced in absentia in four cases since fleeing to Hungary in 2018. The latest sentence marks his longest prison term. He was ordered last month to serve seven years behind bars for using political funds to enrich himself, and he was given an 18-month term in 2020 for arranging violent attacks on political opponents. Two more cases against him are still pending.

READ MORE: EU’s snub of Balkan nations exposes once and for all the myth of so-called ‘European unity’

The 51-year-old ex-PM, who currently describes himself as a consultant, has compared his situation to a character in the Franz Kafka novel, ‘The Trial’, who was prosecuted and sentenced to death without knowing the allegations against him. On Friday, he posted a Twitter message questioning why he was found to have destroyed buildings that were illegally built and therefore slated for demolition. “So is it better for me to answer for something that did not collapse that should have collapsed than for something that hasn’t collapsed but had to?” he asked.

Gruevski was among four former government officials who were sentenced in connection with the Cosmos demolition, while three others were found not guilty. Two former officials in the Skopje municipality where the complex was being built, including ex-mayor Toni Trajkovski, were each sentenced to four years in prison. Ex-transport minister Mile Janakieski was given a three-year term. The defendants were ordered to pay a combined €11 million ($11.6 million) in restitution.