Ex-NASA head explains what could make Mars and Venus habitable 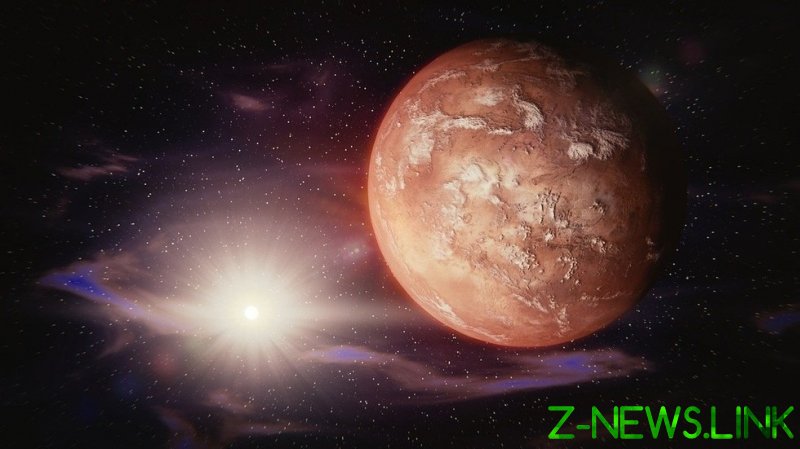 Building a magnetic shield between the Sun and Mars could protect the planet from solar particles that erode its fragile atmosphere, eventually making it “terraform itself” to better suit humans, NASA’s former director has said.

By blocking the charged rays and preventing them from stripping away this outer layer, more heat would be trapped, James Green told the New York Times prior to his retirement over the weekend. This will raise the planet’s temperature and pressure to a point where explorers can walk on the surface without a spacesuit and grow plants in the soil.

“Stop the stripping, and the pressure is going to increase. Mars is going to start terraforming itself. That’s what we want: the planet to participate in this any way it can,” Green said.

The Red Planet’s surface temperature has been measured at minus 62 degrees Celsius, while its atmosphere is around 100 times thinner than on Earth. Calling his idea “doable,” Green said there were “several scenarios” on constructing the magnetic shield and suggested that Venus could be similarly geoengineered by building a “physical shield that reflects light,” bringing the temperature down.

The former NASA head has been working on the shield proposal since at least 2017, when he presented it during a talk at the NASA Planetary Science Vision 2050 Workshop. That presentation featured simulations and models predicting that the technology could return “one-seventh of the ancient ocean” to Mars by freeing frozen water at the planet’s polar cap.

“The solar system is ours, let’s take it. That of course includes Mars, and for humans to be able to explore Mars, together, with us doing science, we need a better environment,” he had said at the time, suggesting the climate could be stabilized in a matter of years.

However, Green told the New York Times that his ideas might not be “well received” by scientists, since the “planetary community does not like the idea of terraforming anything.”