Ex-MP Tsarev blew up the Network with a new statement 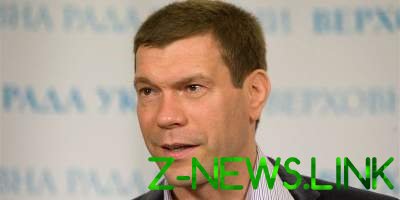 The former MP, who previously tried to create on the territory of Ukraine “new Russia” said that Germany is trying to seize Ukrainian black earth and ferrous metallurgy. This statement Tsarev made in a broadcast on Russian TV channels.

Tsarev also said that Germany played a key role during the Maidan. According to him, the current mayor of Kiev Klitschko supposedly was the candidate in presidents of Ukraine from Germany. But he did not pass the interview with Biden and the United States selected for the post of Ukrainian President Poroshenko, said the former “regions”.

See also:  In the DPRK, made a rather presumptuous statement

Now, according to Tsarev, Germany is trying to take control of the iron and steel industry, and to seize Ukrainian black soil.

Not so long ago, the Tsar blew up the social networks even more stupid statement. This time, the Tsar decided to Express their opinion about the crash of flight MH17 in the Donbas.

See also:  In the network appeared the sparkling loud caricature of Putin's interview

According to Tsarev, the plane was flying at an altitude of 8 thousand square kilometers. Shoot down the plane could grenade.