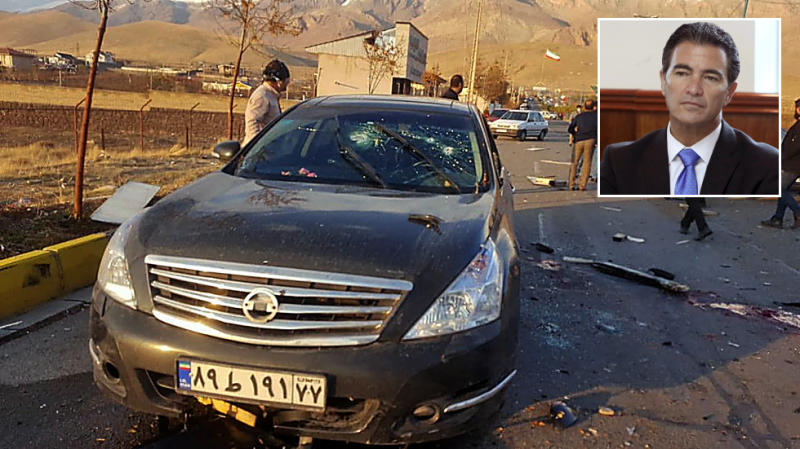 Last July, Iran’s Natanz nuclear facility was targeted by an explosion that ripped through its advanced centrifuge assembly, with Tehran quickly accusing Israel of being behind the attack. A similar explosion was reported to have completely destroyed the power system inside another Iranian underground nuclear facility earlier this year.

In November 2020, Iran’s nuclear program suffered another blow, when one of its top nuclear scientists, Mohsen Fakhrizadeh, was assassinated by an automated machine gun. Again, Mossad was accused of being responsible for the attack at the time, with Iranian Foreign Minister Javad Zarif stating there were “serious indications” Israel was behind it.

Discussing the two incidents, Cohen, who served as Mossad director from 2016 until last week, suggested that his agency had been behind the attacks, although he stopped short of a clear confession for either.

Addressing the assassination of Fakhrizadeh, Cohen confessed that the Iranian scientist had been a target for intelligence gathering by Mossad “for many years,” as Israel was “most troubled” by his work on Tehran’s nuclear program. The interviewer followed these remarks by claiming that “Yossi Cohen cannot take responsibility for this action, but his personal signature is on the entire operation.”

However, the ex-Mossad chief did brag to the interviewer that the Natanz facility didn’t “look like it used to,” after the explosion crippled its centrifuges. The news report was accompanied by the interviewer Ilan Dayan’s detailed explanation of how the Israeli agency got the explosives into the facility, although his claims haven’t been publicly confirmed by Tel Aviv and it’s not clear where he acquired this information.

Alongside his comments on the attacks, Cohen seemingly issued an open invitation to any Iranian scientists who might wish to leave Tehran’s nuclear program, stating that Israel sometimes offered a way out to those who were “willing to change career.”

While Mossad is usually known for its discretion, Cohen took the opportunity to issue a warning to Iran and scientists working in its nuclear program that they would be targeted if they continued with their activities.

Using the interview to directly address the Iranian leadership, Cohen declared it had been “infiltrated,” that Israel was watching its activities and that “the era of lies is over.”