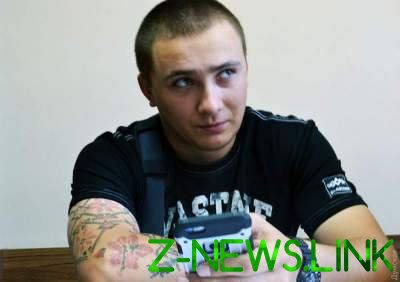 Sternenko called on artists to cancel performances in Russia.

Ex-leader of “Right sector” Sergey Sternenko warned all Ukrainian artists who plan to play in Russia, that they forget about the speeches in Ukrainian cities. According to him, this applies not only to artists, but also artists and actors with a Ukrainian passport.

Such a statement the activist did, indignant behavior of the singer Sergey Babkin, who first did not recognize Russia as aggressor, and after that recognized.

“When Babkin disgraced in Lviv, refusing to recognize Russia as an aggressor, I spoke with a number of representatives of the Odessa public organizations to implement the protest and wrote a post for Sergei in Odessa is possible only under one condition – if he publicly called the aggressor of the Russian Federation, Putin – x m, and the Crimea is part of Ukraine”, – he wrote in Facebook.

Sternenko noted that a portion of Babkin conditions, but there are some “but”.

“I would like to Babkin again publicly voiced, who is Russian, he can say about the Crimea and what he thinks of Putin. After these statements Babkin is to make the logical step is to cease all touring activities in the territory of the aggressor country and the occupied parts of Ukraine. To apologize to Ukraine for their shameful behavior, and not willfully, as it was in the river, and demonstrating sincerity and frankness”, he added.

“So consider this post a warning. Sitting on two chairs could be most unpleasant for the seats, which sit”, – said the activist.