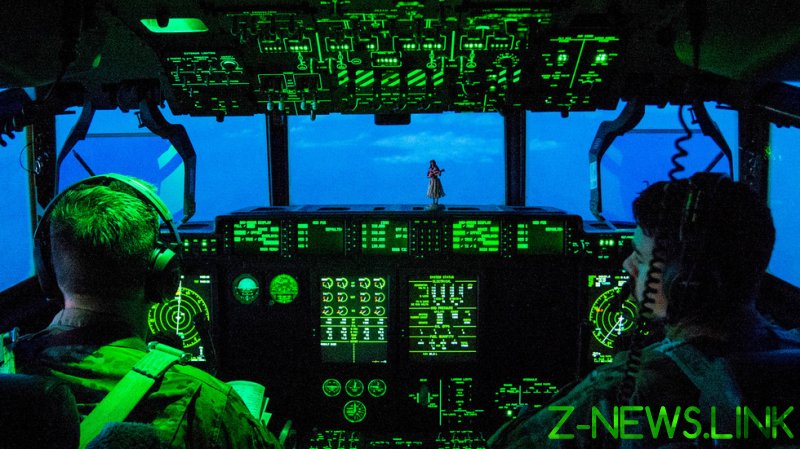 Luis Elizondo, who led the Pentagon’s Advanced Aerospace Threat Identification Program before it was disbanded in 2012, told Fox’s Tucker Carlson that the government possesses physical evidence linked to the elusive entities, more commonly known as UFOs.

“The United States government is in possession of exotic material, and I’ll leave it at that,” he said, adding that “More analysis needs to be done.”

With an unclassified intelligence briefing expected to be delivered to Congress sometime in June, Elizondo said the American public will soon learn that the mysterious sightings have been on the government’s radar “for a while” and that he expects the report to be “comprehensive.” However, he voiced concerns that the briefing would be deliberately “watered down,” adding “the last thing we need is more obfuscation.”

Though the Pentagon previously claimed that the Advanced Aerospace Threat Identification Program had been disbanded, a Senate report last year acknowledged the outfit’s work has carried on under a different name, deep in the recesses of the Office of Naval Intelligence. Now dubbed the Unidentified Aerial Phenomenon Task Force, the body is meant to “standardize collection and reporting” on sightings of unexplained aircraft, material which will be included in the upcoming intelligence briefing.

In his time directing the threat identification program, Elizondo said there were periods where dozens of sightings were reported in the space of a few weeks, arguing the Pentagon hasn’t done enough to investigate.

“I saw the reports, and there were times where you’d look at a monthly report and there were 25, 26 incidents occurring in a 30-day time period. And the question is really: What the hell is wrong with you?” he went on.

How can you not realize that this is an issue?… Someone with some sort of technology that we don’t have is incurring into controlled US airspace on a regular and routine basis, and no one wants to do a darn thing about it.

The military has disputed Elizondo’s role in the now-disbanded program, however former Democratic Senator Harry Reid insists that he did, in fact, serve as its director, claiming that as a lawmaker he personally helped to secure $22 million in funding for the initiative.

Asked about what might happen if the report to Congress is less substantial than expected, Elizondo suggested additional whistleblowers could come forward, claiming there are “dozens more in the shadows waiting to tell their story.” He cited a recent ‘60 Minutes’ interview with a number of former Navy pilots who went on record to discuss “unsettling” and unexplained sightings they had while in the service.

One ex-pilot featured in the interview, Lieutenant Ryan Graves, claimed airmen training off the Atlantic coast spotted UAPs “every day for at least a couple of years,” adding that he considers the objects a security threat.

The pilots’ new testimony comes after several leaked videos emerged purporting to show encounters with UAPs, some of which have since been confirmed as genuine by the Defense Department. The most recent footage to surface was acknowledged last week by a military spokesperson, who said the video was captured by Navy personnel and is now under investigation by the UAP task force.