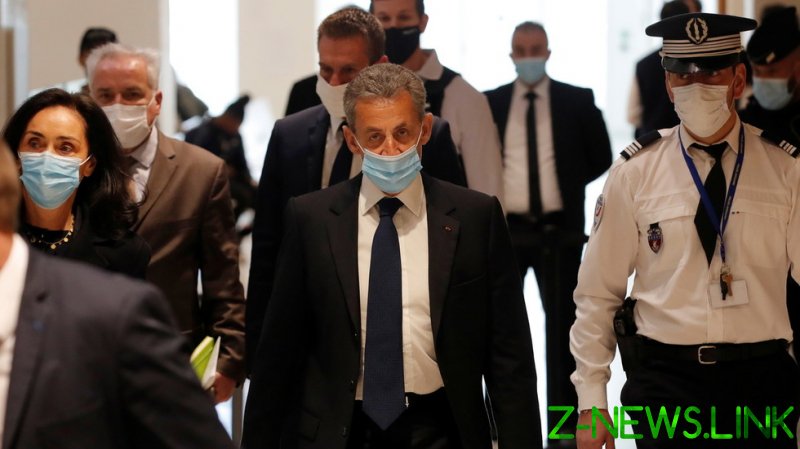 Judge Christine Mee, who presided over the case, stated that the 66-year-old former political leader had “used his status as former French president” in a “particularly serious” act of wrongdoing, as she handed down the sentence.

Sarkozy was put on trial over accusations of trying to bribe Gilbert Azibert, a French magistrate, by offering him a well-paid job in Monaco in return for information about a criminal investigation into his political party at the time, the Union for a Popular Movement.

The investigation was looking into claims that Sarkozy and his party had received illegal payments from businesswoman Liliane Bettencourt during his successful 2007 presidential campaign.

The trial saw the former president accused of influence-peddling and violation of professional secrecy, with prosecutors seeking a four-year sentence with two years suspended for Sarkozy.

Prosecutors had focused their case on recorded conversations involving the co-defendants, where the bribery scheme was discussed, with Herzog mentioning in one call that Azibert was interested in a job in Monaco, and Sarkozy claiming he would “help” him.

Throughout the trial and despite the sentencing, Sarkozy has denied the allegations and protested his innocence. He is expected to appeal the court’s judgement.

While the former president has been given a one-year prison term and a two-year suspended term, the judge ruled that Sarkozy would be allowed to serve his sentence wearing an electronic tag under house arrest.

The investigation into Sarkozy can be traced back to the creation of France’s National Financial Prosecutor’s Office in 2014, which was investigating the former president over allegations that he had illegally received millions of euro in campaign financing from the ex-Libyan leader Muammar Gaddaffi. As part of their case, prosecutors tapped Sarkozy’s phone and that of his then-lawyer Herzog, recording conversations that revealed the bribery scheme.

Sarkozy is still facing another trial later this year, alongside 13 other individuals, over charges of illegally financing his 2012 presidential campaign. The case will focus on claims his office used a system of false accounting to hide overspending. He ultimately lost that election to Francois Hollande.

Alongside the former president, the French court also found co-defendants Thierry Herzog, Sarkozy’s former lawyer, and Gilbert Azibert, the magistrate he was accused of bribing, guilty and gave them the same sentence.

This is the second time in France’s history that a former president has been given a prison sentence. Jacques Chirac, who was Sarkozy’s predecessor, was found guilty of misusing public money in 2011 and was handed a two-year suspended sentence over criminal actions that occurred during his time as mayor of Paris.