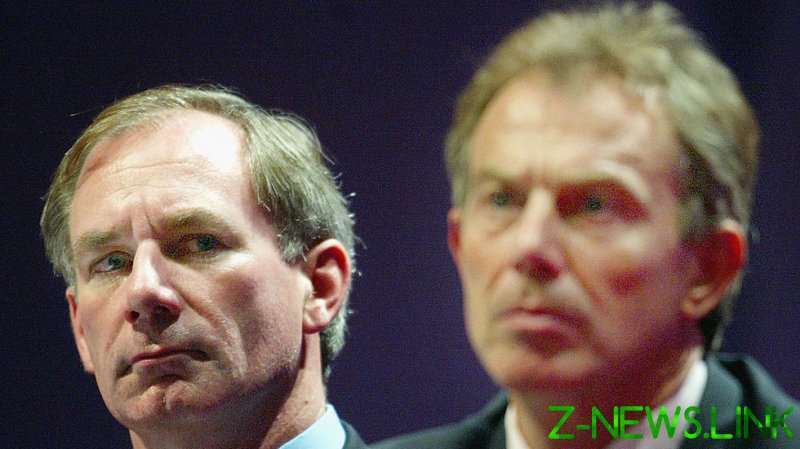 In disclosures that have boosted ongoing attempts to strip the former prime minister off his recently conferred knighthood, Hoon reportedly revealed that Blair’s chief of staff Jonathan Powell had instructed him “in no uncertain terms” to destroy the legal document.

When reports of the allegation first surfaced in 2015, they were dismissed by Blair as “nonsense.” But Hoon has resurrected the claim in a tell-all book, titled ‘See How They Run’, according to the Daily Mail. The paper said Hoon has provided details of a “cover-up” at Downing Street.

The former Labour minister said he was sent a copy of the “very long and very detailed legal opinion,” written by then attorney general Peter Goldsmith, “under conditions of considerable secrecy” and told he should “not discuss its contents with anyone else.”

Describing it as “not an easy read,” Hoon said he “came to the view” after several readings that the memo was “not exactly the ringing endorsement” of the war effort that the British government and military chiefs had hoped for. Goldsmith had apparently written that the invasion would be lawful only if Blair believed it was in the UK’s national interest.

When my Principal Private Secretary, Peter Watkins, called Jonathan Powell in Downing St and asked what he should now do with the document, he was told in no uncertain terms that he should ‘burn it.’

However, Hoon said he and Watkins defied the order and decided to lock the memo in a safe at the Ministry of Defence instead. He noted that the document is “probably still there.”

While Blair has yet to comment, Powell has denied ordering Hoon to burn the memo, telling the Daily Mail that, at Goldsmith’s request, he had asked the former defence secretary to “destroy” a separate “minute” on the legality of the invasion that had been sent months earlier.

The explosive claims come as nearly 750,000 people have signed an online petition to strip Blair of his knighthood. Anti-war activists have long accused Blair of war crimes for sending British troops into Iraq and Afghanistan.