Home / WORLD / Ex-Clinton strategist says ‘WOKENESS IS A PROBLEM’ for Democrats, who are too afraid to criticize because they’ll be ‘canceled’

Ex-Clinton strategist says ‘WOKENESS IS A PROBLEM’ for Democrats, who are too afraid to criticize because they’ll be ‘canceled’ 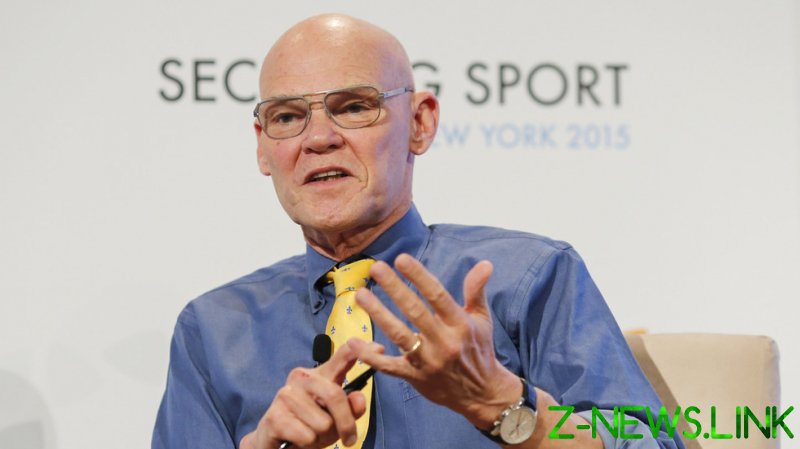 Carville not only believes Democrats could be losing elections in 2022, 2024, and beyond, he also revealed to Vox in an interview that the only reason the Democratic Party walked away with the presidency in 2020 is because they were up against a “world-historical buffoon.”

Carville, likely best known for his work on Bill Clinton’s presidential campaign, targeted Democrats’ increasingly woke language as something that is pushing the party away from “ordinary people.”

“You ever get the sense that people in faculty lounges in fancy colleges use a different language than ordinary people?” he said. “They come up with a word like ‘LatinX’ that no one else uses. Or they use a phrase like ‘communities of color.’ I don’t know anyone who speaks like that. I don’t know anyone who lives in a ‘community of color.’ I know lots of White and Black and Brown people and they all live in … neighborhoods.”

He also targeted the Defund the Police movement, of which he says “almost f**king no one wants to do that.”

While Carville’s language hits a more critical note than that of many prominent Democrats, he claims more peers have the same concerns as him, but are too afraid to voice their opinions, fearing they could face blowback, with professional and personal consequences.

“Wokeness is a problem and everyone knows it,” Carville said, adding that too many people fear being “canceled” to actually criticize the “woke” movement.

Issues like racial injustice, Carville added, should be talked about, but it’s the “jargon-y” language that is turning many people away from Democrats.

“What I’m saying is, we need to do it without using jargon-y language that’s unrecognizable to most people – including most Black people, by the way – because it signals that you’re trying to talk around them,” he said. “This ‘too cool for school’ s**t doesn’t work and we have to stop it.”

Carville has mainly earned backlash from critics in his own party for his “wokeness” take, with many painting the strategist as irrelevant to the modern Democratic Party.

Even though he had plenty to say about how his own party can improve, Carville seemed to have nothing but praise for President Joe Biden, saying “it’s very difficult to find something to complain about” when looking at his first months in office. His biggest attribute though, according to Carville, is that he’s “not into” the “‘faculty lounge’ politics” Carville is so adamantly against.