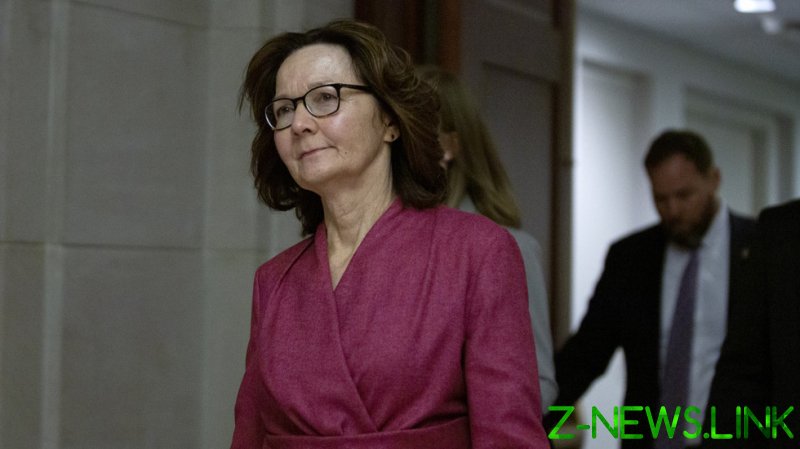 Former CIA Director Gina Haspel watched as a prisoner was tortured by interrogators at a Thai black site that she ran for the agency in 2002, the New York Times reported on Friday.

As chief of the CIA base in Thailand in late 2002, Haspel personally observed interrogation sessions in which USS Cole bombing suspect Abd al-Rahim al-Nashiri was waterboarded, the newspaper outlined, citing testimony from a psychologist who took part in the torture. The doctor, James Mitchell, admitted in a Guantanamo Bay court hearing that he held a cloth over al-Nashiri’s face to direct the flow of water as another interrogator poured.

Al-Nashiri was strapped to a gurney during the torture sessions, and he was pivoted from lying on his back to an upright position to catch his breath between waterboarding pours, Mitchell reportedly testified. The prisoner was described as being nude and sometimes hooded. Interrogators used other coercive techniques, such as confining him in a small box, slapping him, or slamming his head into a burlap-covered wall, the psychologist reportedly said.

Haspel’s knowledge of the controversial interrogation techniques was previously disclosed. In fact, she wrote memos to Washington about what was done to al-Nashiri and what was learned from the interrogations. However, Mitchell’s testimony offered a more detailed peek at her work in Thailand. 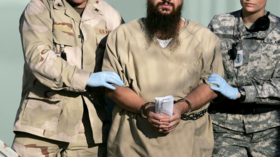 Al-Nashiri was accused of orchestrating the bombing of the US Navy destroyer USS Cole, which killed 17 American sailors in 2000. According to the Times, the military judge in the criminal case against al-Nashiri allowed Mitchell’s testimony only because the CIA destroyed videotapes that defense lawyers claimed would show interrogators torturing the alleged terrorist and another prisoner at the black site.

Haspel previously acknowledged her role in destroying 92 interrogation tapes, most of which showed Abu Zubaydah, the first terrorism suspect known to have been targeted in the CIA’s post-9/11 torture program. At the time, she was chief of staff to CIA operations chief Jose Rodriguez Jr. She later went on to serve as CIA director under then-President Donald Trump, from April 2018 to January 2021.

During the 2018 Senate hearings for her confirmation as CIA director, Haspel said of the destroyed video footage, “I would also make clear that I did not appear on the tapes.” Asked by Senator Dianne Feinstein (D-California) whether she had overseen interrogations of al-Nashiri, she declined to answer, saying such information was classified. An internal review by the CIA “found no fault” with Haspel’s role in ordering the destruction of the tapes.

“The more we review the classified facts, the more disturbed we are – both by the actions she has taken during her career and by the CIA’s failure to allow the public the opportunity to consider them,” a group of senators opposing Haspel’s nomination as CIA director wrote in 2018. She got the job anyway, making her the first woman to head the agency. 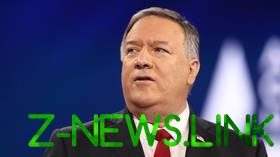 A Senate probe of the torture program found that interrogators wanted to stop using such techniques on al-Nashiri because he was answering direct questions, but they were ordered by higher-ups to continue, the Times said. Al-Nashiri also was reportedly tortured later at another CIA black site. In one case, an interrogator revved a power drill next to the naked prisoner’s hooded head. In 2004, the CIA forced a dietary supplement into his rectum when he refused to eat, according to the report.

The CIA black sites were set up as part of America’s War on Terror, essentially as secret prisons to detain ‘enemy combatants’.

The European Court of Human Rights (ECHR) ruled in 2014 that Poland violated the European Convention on Human Rights, as the CIA had tortured Zubaydah and al-Nashiri in a secret facility in the country.

In 2018, the ECHR found that by allowing torture in their countries, Romania and Lithuania also violated the rights of Zubaydah and al-Nashiri.