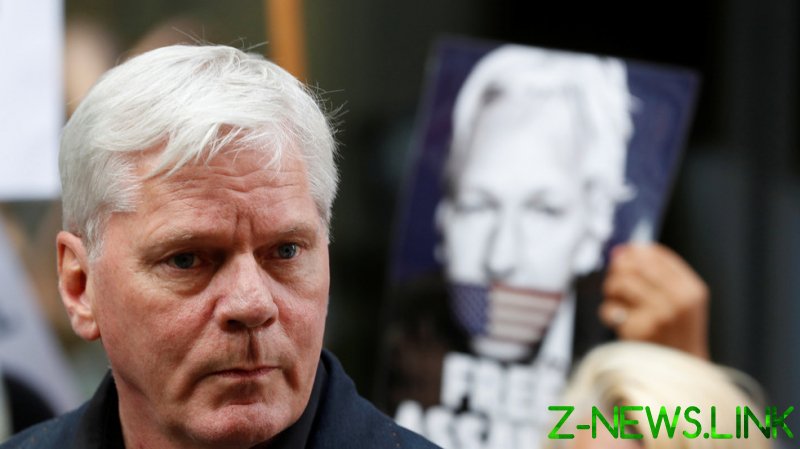 During an appearance on journalist Megyn Kelly’s podcast aired on Wednesday, Pompeo was asked to respond to the explosive Yahoo News story – which was based on inputs from some 30 former US intelligence and national security officials with knowledge of the agency’s efforts against WikiLeaks.

“I can’t say much about this other than whoever those 30 people who allegedly spoke to one of these reporters; they should all be prosecuted for speaking about classified activity inside the CIA,” Pompeo said, while noting that the report published on Sunday made for “pretty good fiction.”

However, he confirmed that “pieces of [the report] are true,” such as the existence of a CIA campaign to target WikiLeaks after the organization had published highly sensitive documents from the agency’s so-called ‘Vault 7’ that offered a glimpse into some of its hacking tools and methods.

“This can be seen as a Pompeo’s confirmation of the Assange ‘kidnap or kill’ story. Why else would he want to prosecute those sources ‘speaking about classified activity’?” Hrafnsson tweeted in response.

During the show, Pompeo repeated his infamous allegation that WikiLeaks was a “non-state hostile intelligence service” that is “actively seeking to steal American classified information.” According to the report, the CIA had sought to define Assange and other journalists as “information brokers” so as to allow the agency to conduct “offensive counterintelligence” activities on the group.

“When bad guys steal those secrets we have a responsibility to go after them, to prevent [such actions] from happening,” Pompeo said, adding that the agency had a “responsibility to respond.”

At the height of its preparations for hostilities in 2017, the agency was reportedly expecting Russian agents to help Assange flee the Ecuadorian Embassy in London. In such a contingency, the Americans and the British had drawn up plans for potential street shoot-outs, ramming Russian diplomatic vehicles, or shooting out the tires of a Russian plane to prevent it from lifting off.

However, Pompeo claimed the CIA “never acted in a way that was inconsistent with [US law]” under his watch and noted that the agency was “not permitted by US law to conduct assassinations.” Instead, he said the Department of Justice (DOJ) believed it had a “valid claim” to extradite Assange to face trial in the US.

Next month, an appeal by the DOJ to extradite him is expected to reach the High Court in London. But Hrafnsson told RT’s Afshin Rattanshi on his show Going Underground this week that the agency’s alleged plans to kidnap and kill Assange had a “strong implication…for the extradition hearing.”

Noting that it showed how far US agencies are willing to go to “crack down” on journalists exposing its “dark secrets,” Hrafnsson said the CIA’s effort to “craft a new definition” for WikiLeaks had meant that the group would be considered “hostile agents” – which, he added, was “basically a licence to kill.”

Meanwhile, Assange’s US lawyer Barry Pollack said it was “highly disturbing” that Pompeo’s “reaction is to try to prevent information about misconduct from being known by the American people.”