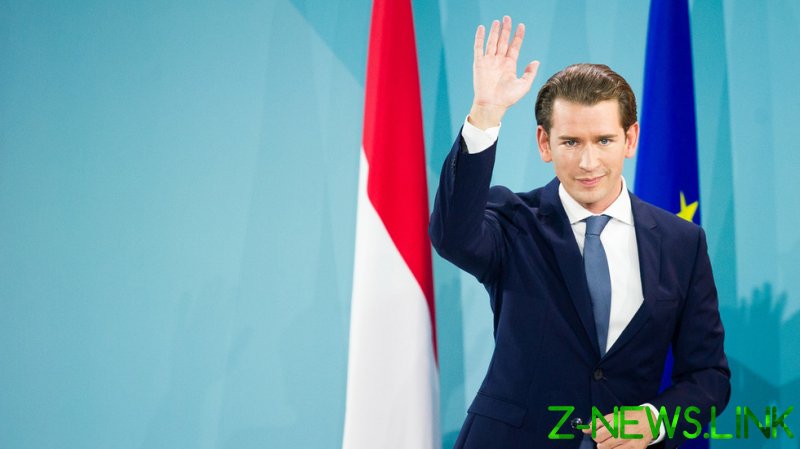 Austria’s former chancellor, Sebastian Kurz, has added a new role to his impressive portfolio – he has been appointed co-chairman of a prominent NGO that fights racism and anti-Semitism.

“I am honored to join the European Council on Tolerance and Reconciliation (ECTR) as co-chairman together with Tony Blair,” Kurz announced on Twitter.

The former chancellor added that the ECTR’s mission to fight against extremism and anti-Semitism, as well as promoting “greater tolerance across Europe,” have been “very dear” causes to him.

The Brussels-based NGO was established in 2008, with its mission dating back to the International Stockholm Forum on the Holocaust, which stated that the international community shares “a solemn responsibility to fight such evils as extremism, racism, antisemitism and xenophobia.”

The tolerance watchdog is headed by the president of the European Jewish Congress, Dr. Moshe Kantor, who called Kurz “exactly the right type of leader.”

Commenting on the appointment, Kantor said Kurz has had a “long-standing vision to fight extremism, racism and intolerance.”

However, Kurz, who resigned as chancellor of Austria in October amid allegations of corruption, which he categorically denied, has been criticized in the past for undermining this ‘vision’. In 2017, he entered into a coalition with the far-right Freedom Party, known for its anti-immigration views – a move which made Austria the only country in the Western Europe with far-right party members holding positions in the government. Kurz also famously took a tough stance on the issue of refugees.

His colleague on the ECTR board, former UK Prime Minister Tony Blair, has also found himself at the center of controversy following his recent knighthood. A petition calling on Queen Elizabeth to strip Blair of his knighthood for “causing the death of countless innocent, civilian lives and servicemen in various conflicts” has racked up more than a million signatures.

Despite the potential criticism, his senior role at the NGO marks another milestone for Kurz, 35, formerly the youngest foreign minister and chancellor in Austrian history. According to media reports, he has also landed a job as global strategist at US-based investment firm Thiel Capital, founded by PayPal’s billionaire co-founder, Peter Thiel, and will start working there this year. These career developments have come for Kurz along with life-changing personal events. He and his long-term girlfriend, Susanne, have recently become parents and are reportedly set to get married later this year.