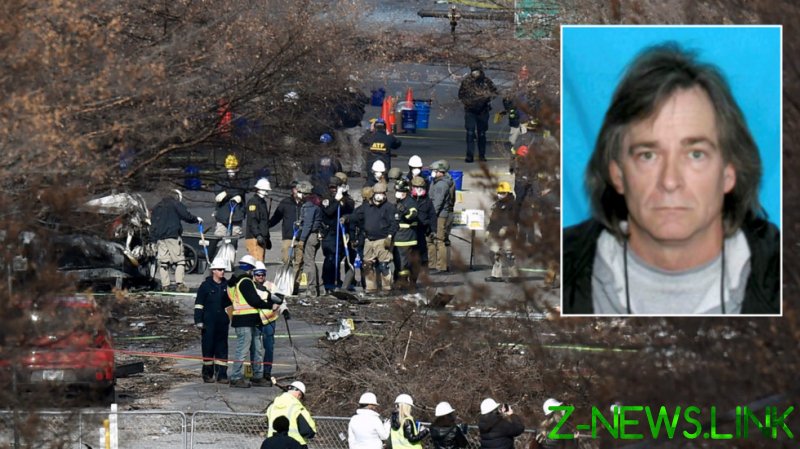 The man identified as the main suspect behind the bombing, 63-year-old Anthony Warner, mailed the strange missives to several people he knew before carrying out the attack late last month, federal investigators said. One of the letters, sent with a package containing multiple USB drives, went on for at least nine pages and apparently detailed Warner’s beliefs, according to a Nashville CBS affiliate.

The cover page begins casually – “Hey Dude. You will never believe what I found in the park” – but soon takes on a more esoteric tone:

Repeatedly referring to the importance of “perception,” Warner wrote that “everything is an illusion” and that “there is no such thing as death.” He also relayed a number of claims common to online conspiracy communities, including theories about the September 11 attacks and the Apollo 11 moon landing, saying both events “have so many anomalies they are hard to count.”

The letter, postmarked December 23, becomes even stranger when it goes on to claim that an alien race has been launching attacks on Earth since 2011, a year Warner said “was supposed to be the end game for the planet,” and that the media has covered up the ongoing invasion. “Reptilians” or “lizard people” also factored into the plot, with Warner alleging the beings seek to “control” mankind and have “tweaked human DNA” for that purpose.

[The reptilians] put a switch into the human brain so they could walk among us and appear human.

Though the letter includes a wide range of eccentric views, it does not shed light on why Warner might have selected an AT&T data transmission center as his target, making no mention of the company or anything else that might suggest a motive in the bombing, which devastated a city block in downtown Nashville and temporarily crippled phone service across Tennessee and parts of Kentucky and Alabama.

The FBI, which reportedly probed whether Warner was motivated by “paranoia about 5G technology” last month, has since confirmed that the bomber mailed out packages before the Christmas Day blast, but did not provide details on their contents.

“We’re aware the suspect sent materials which espoused his viewpoints to several acquaintances throughout the country,” FBI Special Agent Jason Pack said in a statement to media outlets, calling on anybody who received one of the parcels to contact the bureau.

While the letter offers little on the question of motive, Metro Nashville Police Chief John Drake told reporters on Monday that Warner held “anti-police and anti-government” views, possibly hinting at a rationale for the attack.

Drake was also questioned about an incident report filed in 2019 involving Warner’s then-girlfriend, who told police he was building bombs in his RV and said she wanted to turn in weapons belonging to Warner. A report was taken by officers, however Drake said there was little they could do at the time.

“There was an expectation of privacy….officers went there several times, they knocked on the door,” Drake said. “They turned it over to special investigations detectives…it all came back negative.”

We could not enter his house without probable cause. [The officers] did everything they could.

Warner himself is the only known fatality in the bombing and authorities believe he acted alone in detonating his recreational vehicle on Nashville’s Second Avenue. He was identified by the RV’s ID number and DNA found at the scene of the blast, which in addition to killing Warner left some 45 buildings damaged, three of which now face immediate demolition, Drake said.