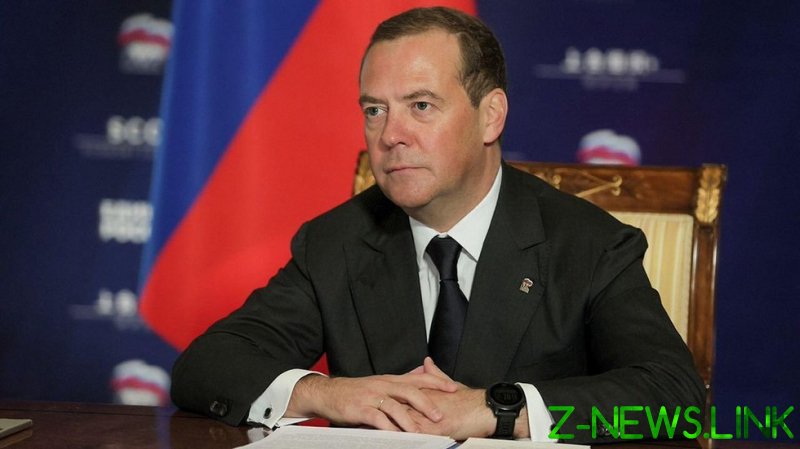 The former president and prime minister of Russia is now the deputy chairman of the Security Council, serving directly under President Vladimir Putin.

In an exclusive interview airing Tuesday, Medvedev has told RT that during the September 17-19 vote, Central Election Commission servers “were under constant attack,” and about half of the attacks came from the US, according to the ministry of digital development.

“That’s reason enough for a fight, right?” he said.

In addition to the overt meddling, there was indirect interference from US-based Big Tech companies, he added.

“When I check Twitter recommendations on who to follow – of course, the first person who comes up is Navalny, who is serving a criminal sentence. Isn’t this interference in the affairs of a foreign country? It’s blatant interference,” Medvedev said.

Navalny, a blogger and activist considered to be the ‘leader of the Russian opposition’ by Western media, is currently in a penal colony serving out his previously suspended sentence for embezzlement. His supporters claim the charges are politically motivated.

Navalny himself, this month, denounced Apple and Google as ‘accomplices’ of the Kremlin after the two companies pulled his so-called ‘Smart Voting’ to comply with local laws. Medvedev says the Silicon Valley behemoths are a law unto themselves, however.

“Everyone’s sick and tired of Big Tech – including the United States,” he tells RT. “Big Tech plays by its own corporate rules. They made them up, and now that’s how they decide things. They let some off the hook, give others the chop. They blocked the former US president everywhere. He had 85 or 90 million followers… bye-bye! Why?  [They] don’t like him.”

The full interview with RT airs on Tuesday.