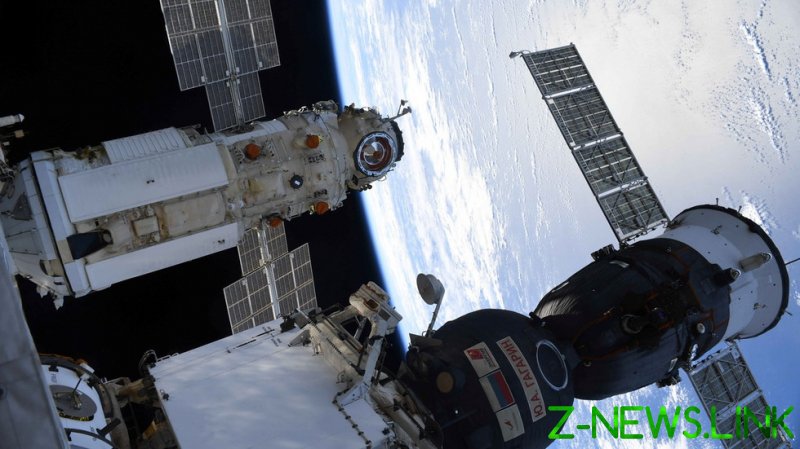 Nauka – the Russian Multipurpose Laboratory Module (MLM) – was launched last week and docked at the International Space Station on Thursday after 14 years of delays, giving the Russian space agency, Roscosmos, and space fans around the world ample reasons to celebrate. However, celebrations soon turned into a nerve-wracking suspense after the module unexpectedly began firing its thrusters again, spinning the entire space station and sending its crew into a tug-of-war of sorts, with the space station’s Russian modules firing their engines to compensate for the tilt.

Thankfully, the situation was soon brought under control, and NASA has assured everyone that the cosmonauts and astronauts were never in any danger. That didn’t stop the commenters on Twitter from producing memes and references to ‘Interstellar’ – a movie that featured a scene of docking to an out-of-control, spinning space station.

With questions being raised as to what caused the unexpected orbital drama, Roscosmos chief Dmitry Rogozin publicly commented on the incident on Friday. Speaking to Komsomolskaya Pravda radio station, Rogozin blamed the Nauka incident on a possible “human factor” and emotions at ground control after the docking.

“I’d say it’s human factor. Everyone was so euphoric [after the docking], the team had lost alertness, to a certain extent. Probably, somebody among the operators did not take into account the control system of the module will continue to adjust itself in space,” Rogozin said, effectively suggesting that someone forgot to shut down the orientation control system of the new module after the docking.

Nauka’s thrusters knocked the ISS from its altitude after causing the station to rotate some 45 degrees. The station was put back into its place shortly afterwards. Rogozin said the incident was an experience “to learn from,” but not a serious accident.

“The thrusters’ impulse was immediately compensated with other Russian-made thrusters located at the Zvezda module and the Progress cargo vessel,” he said.

Russian cosmonauts Oleg Novitsky and Petr Dubov became the first ISS crewmen to enter the MLM. The cosmonauts are expected to check the module’s interior, sample air and install a filter onto the module’s air-purifying system.

The new module still has a long way to go before becoming fully operational, as it requires multiple spacewalks and other operations to fully integrate it into the station. The MLM will keep the Russian crew busy with new experiments until Russia’s planned withdrawal from the ISS in 2025. At the same time, Roscosmos has been working on its plan for a new Russian space station. The agency is due to make the first details of the plan public on Saturday.