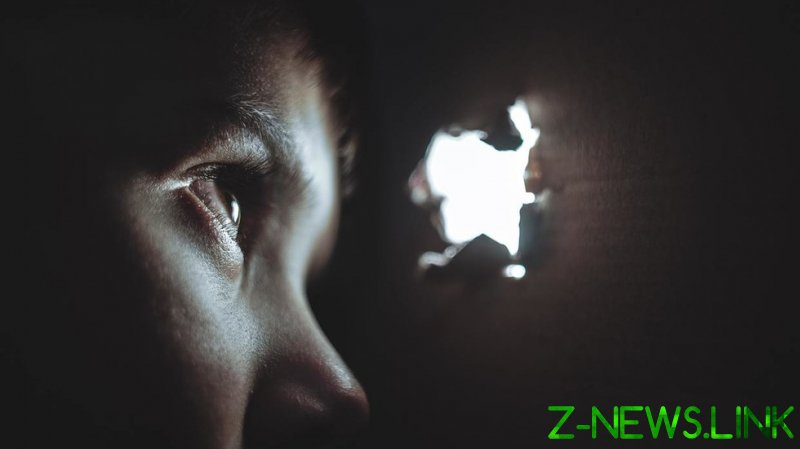 Call me paranoid, but I think my son’s wearing a wire.

He keeps asking me questions about how to get his hands on a gun. Yes, he means from ToysRus, but still. And my daughter? Why is she always going on about buying that high-end chemistry set? Does she want me to incriminate myself and uncover my sinister bomb-making plot?

OK, it’s a fact that I watch way too many movies and TV shows about the mafia. Tony Soprano’s constant fear of ‘the Feds’ must have rubbed off on me. Waddayagonnado?

I’m not actually aware of having committed a crime, but, well, you just never know these days.

Maybe it’s a crime that I always secretly prefer the bad guys to the cops on the telly. Tom and Jerry? I wish Tom would splat that bloody mouse for good. Road Runner? Wile E. Coyote should ram that ‘meep meep’ squeaky little git’s head right up where the sun don’t shine.

My kids would know this. Only my kids. On account of me shouting at the TV. Oh, and my parents would too.

And, believe it or not, it is actually legal in the UK for kids to spy on mum and dad and report back to the authorities.

Under the Regulation of Investigatory Powers Act 2000, children can be used as “covert human intelligence sources” (CHIS) by police and other investigative agencies. As RT.com reported back in June 2019, at least 17 had been used as spies since January 2015, the youngest of them 15.

Fortunately, moves to allow 22 state agencies – every Tom, Dick and Harry from the tax man to the gambling watchdog – to have access to child spies as part of the Government’s covert-intelligence bill look set to be defeated in the House of Lords. Thank the Lords.

The guidance would even allow these child spies to break the law themselves, if their actions would prevent or detect crime. Kids aged 16 and over could be recruited to inform on their parents if they’re suspected of being involved in criminal or terror-related activities. The under-16s are off-limits, it seems. For now.

Labour MP Stella Creasy has led opposition to the plans. “When people think of spies, they think of James Bond,” she said, “but the truth is, children are increasingly being drawn into being asked to spy on people close to them.”

An amendment, crafted largely by the charity Just For Kids Law, would block any operation in which a child is asked to commit a crime undercover, if there were a foreseeable risk of harm to the child. Kids are sometimes asked to stay in violent gangs, for example, or are used to expose sex offenders.

Paul Butler, who sits in the Lords as the Bishop of Durham, said: “Children of all ages deserve to be protected. Ideally, no one under 18 should ever be used for covert intelligence, but if they must be, then it must be extremely rare and with thorough legal protections in place.”

I don’t think that’s enough. I must say, I’m with Children’s Commissioner for England Anne Longfield on this one. She’s called for the use of child spies to be banned. “I remain to be convinced that there is ever an appropriate situation in which a child should be used as a CHIS,” she told the Telegraph. “This practice is not in the best interests of the child.”

We’re not talking about saving the world here. This is not about stopping a madman from getting his hands on the nuclear codes – voters are more than capable of achieving that without the aid of adolescent espionage.

How can it ever be a good thing, how can it ever be in the best interests of a teenager – a child – to grass up their old man to the Food Standards Agency, HM Revenue & Customs or the Gambling Commission?

And who decides where the line lies, and how can you ever stop it from creeping ever deeper into the home?

It’s the same as the bonkers plans by Scottish Justice Secretary Humza Yousaf to make it a criminal offence to make ‘insulting remarks’ in the home. Meaning Granny would have to be careful who she offends in her social bubble if she’s had a little too much to drink. If not, she could get arrested. It’s ridiculous.

Or the Dutch plan to force contraception on female drug addicts and those with mental health problems ‘to protect children’. Who decides?

These things should always ring loud alarm bells. There are some places the authorities should simply never go, and into the family is most certainly one of them.