Every third Canadian sees their country as racist, but views differ sharply by gender, age and political party – poll 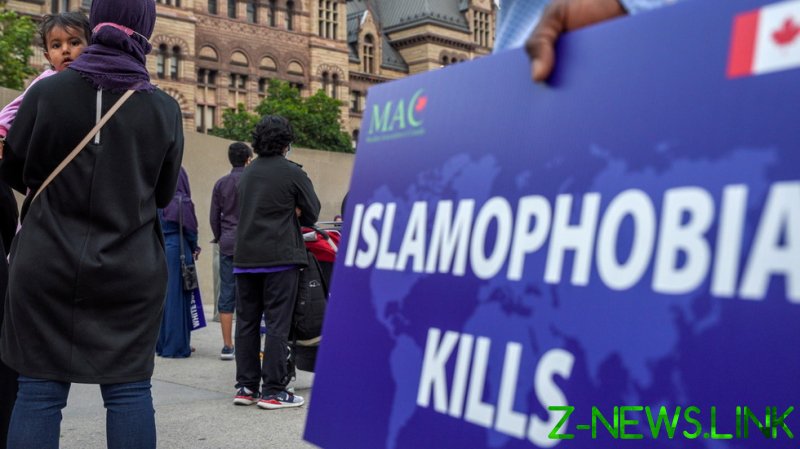 In the Angus Reid Institute poll released on Monday, 54% of women under age 35 were ready to condemn Canada as racist, while only 21% of men over 55 agreed.

Young women, in fact, were even more likely than non-whites to take a negative view on race relations. The survey showed that 42% of non-white Canadians see the country as racist. Among women over 55, 30% agreed that Canada is racist.

Conservatives and nationalists were less likely to see the country as racist, with just 18% of Conservative Party respondents and 13% of Bloc Quebecois voters agreeing with the notion. In contrast, 55% of New Democrat participants tagged Canada as racist, while Green Party and Liberal Party voters agreed at rates of 54% and 38%, respectively.

The overall result of more than one-third of respondents seeing their country as racist might seem surprising for a nation known for friendliness and being welcoming of immigrants. But other responses suggested that, to the extent the survey participants were representative of Canadians’ attitudes toward race, racism might be overstated.

The poll showed that 85% of Canadians believe the country is made stronger by having residents from various ethnic and racial backgrounds. In other words, they agreed with what Prime Minister Justin Trudeau has said repeatedly, that “Diversity is our strength.”

Canada’s percentage of non-white population has jumped from 4.7% in 1981 to more than 25% currently, and the ratio will climb to an estimated 34.4% in 2036, according to government data.

Just 12% of poll respondents, including only 11% of white Canadians, said they believe that some races are naturally superior to others. 18% of non-white participants also agreed with that claim. Only 18% of all participants said they would prefer to live next door to someone of their own skin color, down from 28% in a 1994 survey.

Angus Reid also found that the strongest diversity advocates – the segment of the population that is most concerned about racism – are nearly twice as likely as non-whites themselves to say that police are racist, at 83% against 42%.

The poll found that Canadians are far more likely to feel racially ostracized than racially superior, with 21% saying they are “treated as an outsider.” In fact, 30% of Indigenous Canadians agreed with that view, compared with 17% of whites and 29% of non-whites.