Home / WORLD / Every day seems to have an LGBTQ cause attached, but do they actually do any good?

Every day seems to have an LGBTQ cause attached, but do they actually do any good? 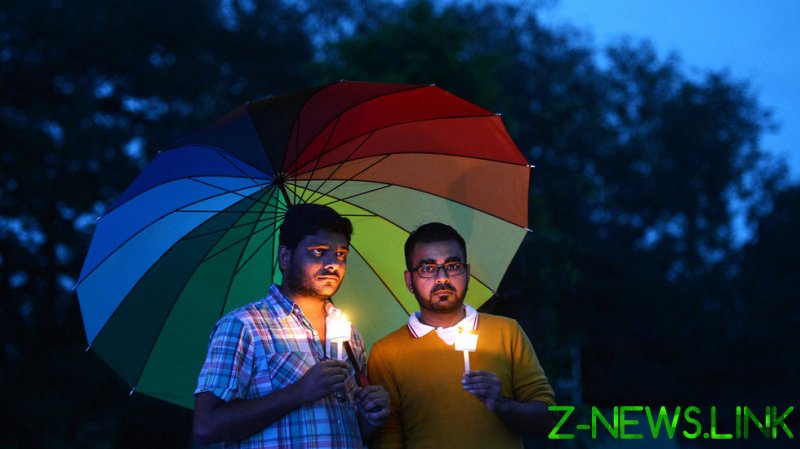 There’s also Gay Uncles Day, Asexuality Awareness Week, Omnisexual and Omniromantic Pride and Visibility Day and International Pronouns Day. The LGBTQIAA+ community has spread their rainbow colours over most of the calendar, but is all that noise just making people numb?

Today is Transgender Day Of Remembrance, where vigils will be held and candles lit at events to remember trans people who died merely for trying to be what they were.

It has, certainly in the US, been a grim year for the trans community. At least 46 trans and ‘non-conforming’ people have met a violent end so far this year, according to LGBTQ rights charity The Human Rights Campaign Foundation (HRCF).

“In 2021, we’ve seen the highest number of transgender and gender non-conforming people killed in a single year since we began tracking these deaths in 2013,” said Tori Cooper of HRCF. “These victims had families and friends, hopes and dreams. None of them deserved to have their lives stolen by such horrific violence.”

You’d have to be some kind of a sicko, a psychopath, a deranged and dangerous bully who should immediately be caged if you see or hear of these people and want to smash their face in or do them harm in any way.

Live and let live, let people love whom they want to love – what business is it of yours? If you’re angered to the point of violence by seeing a man in make-up then I’d suggest you need to take a look in the mirror: the problem is yours, not theirs. Leave them alone.

I consider myself to be a liberal kinda guy, I don’t want to see anyone else suffer and will do what I can to try and alleviate their suffering. And I reckon most people are the same, there are actually very few people who would want to do any physical harm to a person of a different sexuality or gender choice to their own.

Taking the risk of hurting their feelings, however, is a different thing. I would argue the most inclusive act amongst friends is to take the mickey out of each other, to be free to do that. To break each other’s balls. A gay friend and his husband, for example, often refer to me as ‘a breeder’ whereas I, from time to time, might refer to them as ‘fudge packers’. They’re not offended, I’m not offended – what business is it of anybody else?

Of course raising the issue of violence against this particular group of trans people for Transgender Day Of Remembrance is absolutely valid.

But there’s a problem here, to my mind. And that’s all the NOISE out there right now about gender and sexuality. It actually drowns out stuff we should all know about, such as horrific acts being committed against innocent people.

Days and weeks and months dedicated to one gender or sexual preference or another seems to have become something of an obsession in modern society, especially in the US and the UK. If in doubt, just have a look at a calendar and grab a day for your cause.

The day of remembrance comes at the end of Transgender Awareness Week, a campaign to do what it says on the tin; raise awareness of transgender and non-binary issues. That week came shortly after Transgender Parents Day on November 7, seen as an alternative to Mothers Day and Fathers Day.

Workers at the Home Office in the UK were irritated when an email hit their inboxes from a boss reminding them to celebrate this day – though most, of course, were not transgender parents. The message included a personal account by a parent whose son transitioned from male to female, to pull at the heartstrings.

Some workers felt the email was inappropriate and overtly political and complained that the Home Office was still signed up to Stonewall’s controversial diversity scheme for employers. Critics say the scheme creates workplace cultures where employees who disagree with the new woke ideology face being silenced or sacked.

“It bore no relevance to the work we do and nothing to do with the work of any branch of the Home Office,” said a worker who was the mother of a transgender teenager. “This is a very subjective issue and it’s not an issue that everyone is going to be on board with. Also, at the moment it’s an area that’s very political. So emails like this make you feel as if someone is pushing a particular agenda. We’ve had a few of these types of emails recently. We were sent something previously on ‘Asexual Day’.”

There are days and weeks and months for everything, it seems.

At the end of October, for example, it was Asexual Awareness (ACE) Week. On December 8, it’ll be Pansexual Pride Day (that comes after Pansexual Visibility Day on May 24).

There are loads and loads of these things. How about National Coming Out Day on 11 October? Then there’s Gay Uncles Day on 14 August. Omnisexual and Omniromantic Pride and Visibility Day is on 6 June. International Pronouns Day was on 20 October this year. Aromantic Spectrum Awareness Week was from 21 February.

I tell you something, if all these days and weeks and months are an excuse for a party, I’m in. But it seems I’d be celebrating pretty much every day of the year.

All this noise though, it can seem that there is a section of our society that is utterly obsessed by only one facet of their existence; their gender or sexuality. It has become an industry that creates a lot of noise that leaves a lot of people numb, to the point that they don’t even hear anymore.

I don’t believe for a nanosecond that there is anything new in any of this, in terms of the rich tapestry that human nature has always been. I bet you half a hunted bison that there were gay men and lesbian women and very camp dudes when we lived in caves, and certainly when we lived in tribes. A lot of human intolerance comes from religion.

Folk of a different persuasion than ‘the norm’ (whatever that is) existed in ancient Greek, Egyptian and Roman societies. It seems Alexander the Great, one the most important warrior leaders of all time, was almost certainly gay.

It’s hard to pin it down for sure, because they didn’t write down the details and they didn’t have a day to celebrate it, yes yes – they probably had to hide their love away. But I bet it was also an open secret and most people… simply didn’t care. They just got on with their days, same as most of us do today.

All days are gay, and everyone should be proud of who they are. Every day.