Everton wants to leave Shakhtar are without a head coach 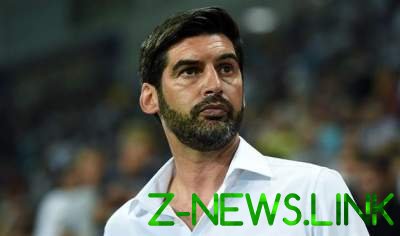 Authoritative insider Gianluca Di Marzio says that representatives from Everton have been negotiating with the Now, seeing the Portuguese coach is ideal for maintaining residence in the elite of English football.

Everton is not going to wait for the completion of the contract Fonseca with Shakhtar, and wants to entice specialist now. The Pitmen expect to save Fonseca until the last match of the group stage of the Champions League against Manchester city.

At the same time, the Portuguese newspaper “A Bola” reports that Shakhtar have blocked negotiations with Everton for the early termination of its contract with the Now.

In addition to the “Everton” of interest to the ex-coach of “Braga” attributed to “sporting”, “PSG” and “Monaco”. Fonseca’s contract with Shakhtar runs until the end
of the current season.

Paulo Fonseca is headed by Shakhtar in may 2016. Last season, the Portuguese led the Pitmen to victory in the championship and the Ukrainian Cup.