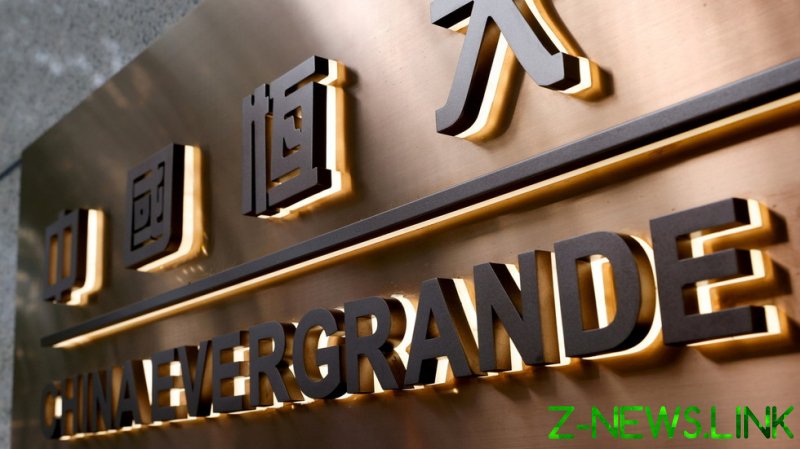 Evergrande, which builds and manages apartments, is the second largest residential real estate company in China.

With 1,300 residential projects, some of which have come to a dead stop because of cash concerns, Evergrande poses the most serious single, controllable risk to the recovery of China’s economic health, in part because it has debt of $300 billion – the largest amount of any private company in the world – that it can’t repay.

Nearly two years of pandemic-related slowdowns in China have combined with organic and government-imposed obstacles to growth to create an unprecedented recession in the real estate market there, hurting companies like Evergrande.

What are the obstacles to growth?

China’s economy relies too much on real estate.

“Taking into account construction and other property-related goods and services, annual housing activity accounts for about 29% of China’s GDP,” said the UK’s Guardian, “far above the 10%-20% typical of most developed nations.”

As we saw from the 2008 mortgage meltdown in the US, overreliance on real estate can really devastate an economy when it can’t hold its value, as is the case today in China.

“About a fifth of China’s housing units now lie vacant,” added the Guardian, “often because they are too expensive for the population, 40% of whom earn barely 1,000 yuan (£115) a month. For second and third homes, the vacancy rates are higher still.”

China’s Communist Party Secretary Xi Jinping has taken steps to bring down housing prices under the slogan “Housing is for living, not for speculation” after a 40-year boom in real estate.

Xi says he’s concerned that housing prices are too far out of the reach of ordinary workers.

This means that some companies that are overleveraged with debt, like Evergrande, will probably have to go under to meet the new government goal to make houses affordable.

So far, Xi seems content to let the real estate market in China crash, perhaps in the belief the Communist Party can control its descent.

Why is Evergrande in the news now?

Evergrande narrowly missed default on some foreign-owned debt this week as it teeters on the edge of insolvency from the domestic real estate slump, according to the New York Times.

It has been joined by other companies, but Evergrande is the largest real estate developer in trouble by far.

“At least six Chinese property developers have defaulted on foreign bonds in recent weeks,” said the Times, “rattling domestic financial markets and raising the cost of borrowing for all Chinese companies. Property prices are slowing and fewer people are buying apartments, worsening the outlook for real estate.”

Because of the sheer volume of debt involved in Evergrande, observers are worried about how a default would affect other countries.

How will an Evergrande default affect world markets?

While an Evergrande default would be bad, the risk thus far that a bankruptcy would directly affect world financial markets in developed countries seems slim.

It would depend on local conditions, on how much business China does with each country and how much each country depends on Chinese debt to finance its activities.

For example, in the US, the risk of a systemic infection of the financial system like in the real estate meltdown of 2008 would be low, says the Federal Reserve. But a general downturn in China and the resulting loss of confidence and orders would spill over to the US, resulting in less business with China. That would negatively impact US GDP growth but probably by only a little.

“Stresses could, in turn, propagate to the Chinese financial system through spillovers to financial firms, a sudden correction of real estate prices, or a reduction in investor risk appetite,” said a recent report by the Federal Reserve about US financial stability. “Given the size of China’s economy and financial system as well as its extensive trade linkages with the rest of the world, financial stresses in China could strain global financial markets through a deterioration of risk sentiment, pose risks to global economic growth, and affect the United States.”

Some are concerned that China would stop buying US Treasuries, but Chinese holdings in US government debt are a manageable $1.1 trillion versus total US debt of $28 trillion.

Countries that are part of China’s massive Belt and Road initiative, however, which rely on the Communist government to finance massive infrastructure projects, could really suffer as China faces a mounting cash crunch.

China has often used Belt and Road as political leverage, but will have a tougher time pulling those levers as cash becomes scarce and fewer projects are completed.

But won’t the Chinese government just bail out Evergrande?

The correct answer is “maybe.” So far, the Communist government has been content to do nothing to bolster Evergrande. Instead, they are watching property prices fall domestically because lower prices meet the official government line of “Housing is for living, not for speculation.”

The government seems willing to allow, even nudge, banks and other property developers to buy out assets of Evergrande as a kind of reverse bailout by private companies, but it seems reluctant to get involved itself.

In China, it’s important to pay attention to the whole story, including the underlying message the government is trying to relay by its actions or inactions.

There has been a reprioritization, a Red Reset, going on in China from a market based-socialism – from growth at any cost – to a more traditional socialist, command-and-control economy.

Increasingly, the Communist Party is calling the shots on the economy, if often only from the shadows.

Under Xi Jinping, China has stepped up an anti-corporate campaign that has sought to bring some of the largest and most successful companies like Didi, Alibaba, Ant Group and Tencent firmly back under government control over the past two years.

It seems unlikely under these circumstances that it would bail out such a troubled company as Evergrande.

So far they like the optics of homebuyers protesting against domestic capitalists and speculators, while Xi – and the Party – rail against high home prices.