Ever-projecting and never going away, Hillary Clinton invents new rights to take away God-given ones in latest anti-gun campaign 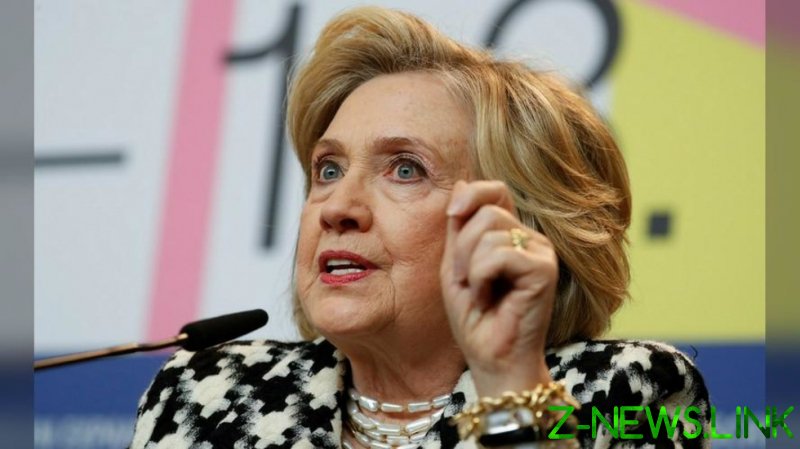 Who even asked her to weigh in on America’s latest wave of mass shootings, anyway? Basically, Clinton herself. She was interviewed this week by podcaster Jennifer Palmieri, the former communications director for Clinton’s presidential campaign, to tee up her unsolicited views on how to keep guns out of the hands of bad guys like the shooters in March’s Atlanta and Boulder, Colorado, massacres.

In a nutshell, Clinton says we have a “gun-worshipping problem in America.” She pointed to the fact that Congress passed an assault-weapons ban when her husband was president in 1994, although a Department of Justice study showed that it didn’t help reduce gun violence.

And in arguing for a waiting period on gun purchases, she invoked the purposely misleading and racially divisive line that the Atlanta shooter was “having a bad day.” That quote was misused by purveyors of fake news to suggest that police had empathy for the alleged shooter – no doubt because he’s white – when in fact a law enforcement spokesman was relaying what the suspect said, not making that point himself.

She falsely asserted that her husband’s assault-weapons ban reduced gun deaths, and like any devout Saul Alinsky acolyte, she deceptively ridiculed her enemies, suggesting that gun-rights advocates are crazy for thinking that Democrats want to take away their firearms.

“Nobody’s guns were taken away,” Clinton said of the 1994 law, which expired in 2004. “There was no black helicopter or tanks rolling up to people’s houses to seize their lawful weapons.”

There are countless examples to show that such a limited ban wasn’t the endgame for Democrats, but one that suffices is a quote by Senator Dianne Feinstein (D-California), who sponsored the 1994 law and proposed another such ban in 2013. “If I could have gotten 51 votes in the Senate of the United States for an outright ban, picking up every one of them, Mr. and Mrs. America, turn them all in, I would have done it,” Feinstein said in a 1995 ‘60 Minutes’ interview.

Other Democrats, including President Joe Biden, have lamented that the 1994 ban only affected new purchases. Biden has argued for a national gun-buyback program.

But where Clinton graduated from merely her usual deceptiveness and manipulativeness to downright un-American was when she opined on the Constitution. She argued that the Supreme Court has “misinterpreted” the Constitution on gun rights and suggested that evil Republicans, such as Senator Ted Cruz (R-Texas), are trying to keep people “riled up and scared” that Democrat-backed gun laws would “somehow undermine their rights.”

“Well, what about the rights of all the rest of us – the rights of us to go to work, go shopping, go on dates to the movie theater, go to school, for heaven sakes?” she asked. “What about the rest of us? You know, democracy is the balancing of interests and rights, and unfortunately at this time, the gun worshippers have a huge advantage because of the filibuster and because of their shameless exploitation of people’s unwarranted fears.”

Well, sorry, ‘Madam (Not) President,’ but none of us has a right to not be scared – unwarranted or otherwise. And if anyone is shamelessly stirring and exploiting unwarranted fears, it’s you and your vampiric cohorts every time there is a mass shooting to promote.

Francis Scott Key aptly described America as “the land of the free and the home of the brave” in 1814, as it was when he wrote the poem that became the lyrics to the National Anthem. Living as a free human being involves a certain amount of risk. America’s founders risked it all to seize their freedom and wrote our Constitution to promise that their new nation would honor rights that were God-given, not politician- or monarchy-granted.

Those timeless, enshrined rights included the freedom to bear arms, which might be handy for target shooters and hunters, as well as for self-defense. That’s especially true today, when America’s big cities are condoning lawlessness while reducing the capacity of police to protect citizens and property.

But where the Second Amendment comes in crucially is in protecting our freedoms from would-be totalitarians. As Thomas Jefferson said, “The tree of liberty must be refreshed from time to time with the blood of patriots and tyrants.”

Is it any wonder that politicians such as Hugo Chavez, Nicolae Ceaușescu, Mao Zedong and, yes, Hillary Clinton, were in favor of gun control?

America’s founders wrote the Constitution not with the idea of the government protecting the people, but the people being protected from government.

That’s why apparently unprincipled arguments for ‘common-sense’ gun legislation, such as assault-weapons bans, never seem to add up. Such tweaks clearly wouldn’t work. It doesn’t hurt any less – or kill you any more – to get shot with a semi-automatic hunting rifle than with a semi-automatic ‘assault rifle.’ The stocks look different. The assault rifle might have a bigger magazine. But either weapon is plenty lethal. The Atlanta shooter used a handgun.

And in any case, people who are willing to break the law against murder are just as willing to violate gun laws. Just look at the cities with the strictest gun laws, such as Chicago, where mass shootings happen frequently but aren’t categorized as “mass shootings” for political reasons. Compare the media coverage of the Atlanta and Boulder incidents to the shootings this week in Virginia Beach, Virginia, where two people were killed and eight were injured.

And notice that none of the opportunistic proposals made in the aftermath of horrific shootings address root causes, such as deteriorating mental health and the effects of Big Pharma’s psychotropic drugs.

It’s not that Clinton, Biden and the rest are mistaken or foolish in thinking that those common-sense gun laws would make anyone safer. It’s that the first step is just the first step, and the stepping continues until the enemies – in this case, Mr. and Mrs. Law-abiding America – are disarmed.

That’s why a principled defense of inalienable rights is necessary. No, Mrs. Clinton, democracy isn’t about the “balancing of interests and rights.” In a truly free constitutional republic, rights were given by God and aren’t negotiable with politicians.