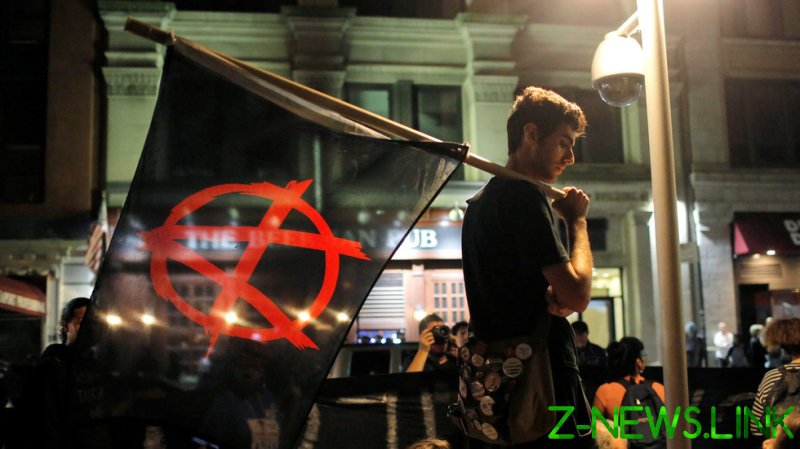 An Axios poll published on Friday revealed that in the capitalist US, just 49% of Americans aged 18-to-34 actually support capitalism. And 51% say they have a positive view of socialism.

For several years, polling has found support for socialism rising among Democrats and the young. As a result, Democrats running on explicitly socialist platforms – like Democratic Socialists of America members Alexandria Ocasio-Cortez (D-New York) and Rashida Tlaib (D-Michigan) – have translated this discontent into electoral success.

However, the latest poll found that young Republicans, usually tireless advocates for free-market capitalism, have grown sick of the system they’re used to defending. Among Republicans aged 18-to-34, some 66% now have a positive view of capitalism, down from 81% in 2019. But 56% of young Republicans want the government to focus on reducing wealth inequality, up from just 40% two years ago.

Axios puts this rise down to more Americans seeing the “tangible upsides of unprecedented levels of government intervention” during the coronavirus pandemic. Indeed, then-President Donald Trump criticized both parties in Congress for agreeing on sending out “ridiculously low” stimulus checks of $600 in December, instead of the $2,000 he pushed for – criticism that would have been alien from a Republican president in recent decades. Equally rarely, Ocasio-Cortez and Tlaib both agreed with Trump on the issue.

Yet the Right’s shift away from unfettered capitalism has been underway since before the pandemic hit. Fox News host Tucker Carlson, America’s most-watched cable news host and an influence on Trump during his tenure in the White House, has backed proposals by Democrats to break up the Silicon Valley tech monopolies, and vocally condemned the “mainstream Republican” focus on the “religion” of “market capitalism.”

“We do not exist to serve markets,” he said in 2019. “Just the opposite. Any economic system that weakens and destroys families is not worth having. A system like that is the enemy of a healthy society.”

Yet most Americans aren’t ready to declare themselves socialists just yet. While a slim majority of young Americans have a favorable view of the term, just 41% across all age groups share this view, and 52% say they have a negative view. Carlson would likely call himself a populist rather than a socialist, and Trump – a self-declared “nationalist” – frequently railed against the socialism practiced in Venezuela, Cuba and the Soviet Union, while passing tax cuts that significantly benefited the rich.

What the poll does reveal, however, is that Republicans might not be able to rely on calling their opponents “socialists” as a blanket pejorative for much longer. Aside from the fact that many Democrats wouldn’t argue with the label, a small but growing number of Republican voters might roll their eyes too.