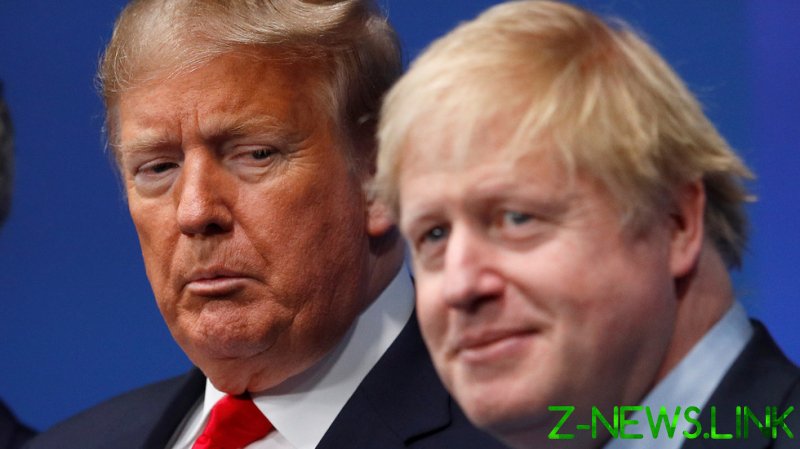 “It is with a very heavy heart that I must tell you we cannot continue with Christmas as planned,” Johnson told the nation on Saturday, announcing a new ban on meeting family and friends from different households in the ‘Tier-4’ restricted areas of London, the Southeast and Peterborough. In the rest of the country, household mixing will be allowed only on Christmas Day itself, rather than the five days either side, as originally planned.

Johnson’s Grinch-like restrictions were made in response to a new strain of the coronavirus that spreads faster. However, there is no indication whether the new variant is any more deadly or resilient than the previous strain, and the public hammered Johnson on Twitter for his heavy-handedness, venting at the new lockdown, and blasting the prime minister with memes.

Other posts suggested the public does not quite believe the ruling class will observe the same strict rules imposed on millions of Brits from Sunday.

“Could someone tell me where Dominic Cummings is so I can hitch a lift home to the NE without any penalties?” one commenter tweeted, referring to Johnson’s former chief adviser, who broke his own government’s lockdown rules by driving to the northeast of the country while displaying symptoms and supposedly “self-isolating.”

Even US President Donald Trump, an ally of Johnson, tweeted a video of the British leader’s announcement, declaring “We don’t want to have lockdowns. The cure cannot be worse than the problem itself!”

Shortly beforehand, Trump took aim at the news media in the US, which he accused of unfairly covering his administration’s response to the virus. “The entire WORLD is being badly hurt by the China Virus, but if you listen to the Fake News Lamestream Media, and Big Tech, you would think that we are the only one,” he tweeted, along with another video of Johnson’s announcement.

Both the UK and US have approved a coronavirus vaccine manufactured by US drug firm Pfizer, while the US has also approved a shot by pharma company Moderna. Still, mass rollout is not expected until next year. In Washington, the government’s infectious diseases expert Dr. Anthony Fauci has predicted a return to normality by summer 2021, while in the UK, Health Minister Matt Hancock has issued a similar forecast.