Home / WORLD / Even if Russia had sunk British warship, it wouldn’t have started WW3 because US & UK know they can’t win such a conflict – Putin

Even if Russia had sunk British warship, it wouldn’t have started WW3 because US & UK know they can’t win such a conflict – Putin 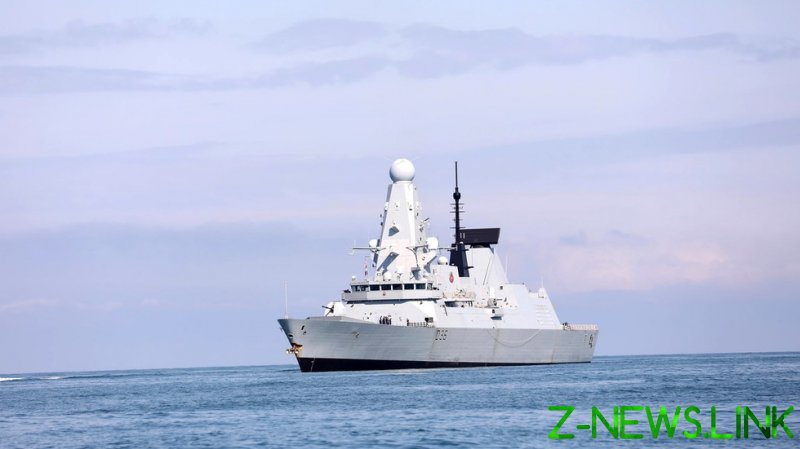 However, apparently casting doubt on NATO’s Article V collective defense pact, the Russian leader claimed that even if Moscow had sunk the vessel, it wouldn’t have led to World War III.

President Vladimir Putin has slammed the violation of Russian territorial waters by British warship HMS Defender as a “provocation.” He also claimed that London’s American allies had a hand in last week’s incident near Crimea.

However, apparently casting doubt on NATO’s ‘Article V’ collective defense pact, the Russian leader claimed that, even if Moscow had sunk the vessel, it wouldn’t have led to World War III, because the “provocateurs” know they wouldn’t be able to win.

Last week, the British naval ship HMS Defender entered the country’s territorial waters and traveled three kilometers (almost two miles) inside the frontier, near Cape Fiolent, in Crimea. According to Russia’s Ministry of Defense, the coastguard targeted warning shots at the boat. This has been disputed by the British, but video evidence suggests the Russian version of events is more accurate.

According to London, the destroyer was making a peaceful passage through the territorial waters of Ukraine in accordance with international law. The UK does not recognize Crimea as part of Russia.

Speaking at his annual ‘Direct Line’ call-in show, Putin revealed that a US strategic airplane took off from an airfield on the island of Crete and flew towards Russia on the morning before HMS Defender entered Russian waters.

However, despite the provocation, the two NATO members do not want a conflict, and it is not true to say that the world is now standing on the brink of a world war, he said.
“Even if we had sunk that ship, it would still be hard to imagine that the world would be on the brink of World War III,” the president said. “Because those who are doing this know that they can’t get out of this war victorious. That’s a very important thing.”

The president also pondered the exact reasons for the British provocation, noting that matters discussed at his recent summit with his American counterpart, Joe Biden, in Geneva might offer an explanation.

“Why was it necessary to make such a provocation? For what?” he asked. “To show that they have no respect for the choice of the Crimeans to join Russia?”

Putin also slammed the West for its hypocrisy, noting that Moscow had ordered its troops to move away from Ukraine’s border earlier this year, after Russia had received complaints.

“We did it. But instead of reacting to it positively and saying: ‘OK, we understand your reaction to our indignation,’ instead, what did they do? They have come to our borders,” Putin said.